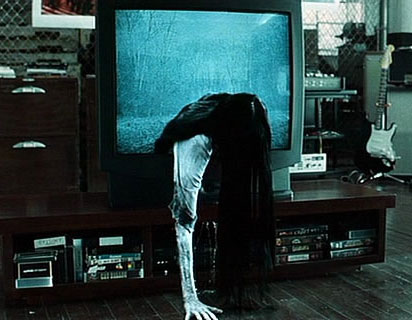 Dr. Thorpenstein: It's pretty amazing to me that movies manage to make kids scary, because kids aren't scary at all in real life. Maybe having them is scary, but not matter how creepy a little girl was, you could probably knock her out with one swift elbow.

Zackula: Especially kids in a well. They're the biggest wusses of all.

Dr. Thorpenstein: Yeah, if they're stuck in a well, half your problem is already solved (the half where you throw them in a well).

Zackula: At least the ring girl was a courteous movie monster. She didn't just kill you, she gave you some options. The options didn't work and didn't make sense, but at least they were there.

Dr. Thorpenstein: Wait, I think I just figured it out: it's scary because if an evil little girl crawls out of your TV to kill you in some kind of nonspecific way, there's pretty much nothing you can do about it. You can just bust her up with a shovel, because then you have a dead little girl in your house.

Dr. Thorpenstein: It's sort of like the nanny complex in reverse too. Like instead of the government or whatever watching your TV habits there's a creepy little girl. She knows what you watch late at night. And if she pops out and catches you watching Gia your crime is going to be doubled.

Zackula: "I swear officer, I had no idea an evil ghost child was watching me. I was just in my house minding my own business and she came out of the TV."

Dr. Thorpenstein: I have a good idea, actually: build a well in front of your TV. Then the little girl will just endlessly cycle through.

Zackula: Let Mario deal with her.

Dr. Thorpenstein: Mr. Hoskins, you expect us to believe a little girl just fell into your lap on the set of a video game movie? You're going away for a long time, buddy.

Dr. Thorpenstein: I think I just found the bellybutton connecting the Bob Hoskins universe to the little girl franchise.

Zackula: Might as well let the tweens have a crack at the predators.

Zackula: What is cockney rhyming slang for "Want some candy?"

Zackula: Haha I'm down the rabbit hole on this one.

Dr. Thorpenstein: I have no legal moves from that.

Dr. Thorpenstein: I guess introducing the Bob Hoskins brick wall was a sure way to kill this one.

Zackula: I'll take some of the blame. I fought against the Mario joke, but I was weak.

Zackula: Why don't we do our opening comments and I'll edit this part into some semblance of an ending.

Dr. Thorpenstein: I think we should just put this part of the conversation into the article and end with it

Zackula: I'm totally down with everyone witnessing my shame. 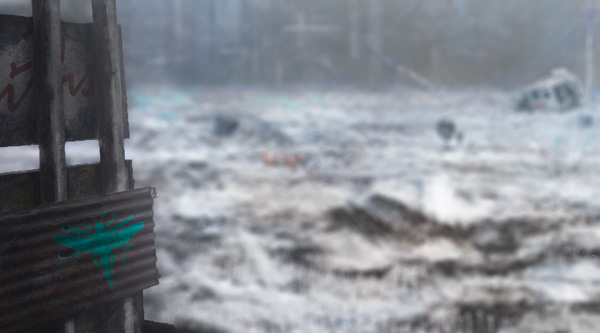