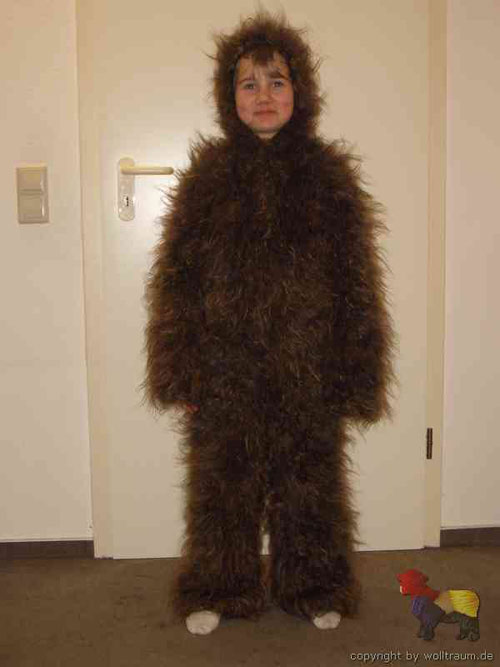 Zack: George Lucas is getting lazy as fuck.

Dr. Thorpe: Maybe some German barber is just getting lazy as fuck. Instead of sweeping up, he's like "just put that kid in the dryer for a few minutes, then roll him around."

Zack: Yeah, it looks like you could use static to stick hella balloons on this little rascal.

Zack: By the way, that is the first time I've ever used "hella".

Dr. Thorpe: No prob, bro, let's just move you down to Santa Cruz and buy you a shell necklace and some Birkenstocks and you'll be all set.

Dr. Thorpe: Dang, I had some joke about this kid halfway thought-up and then I got distracted by what a fag you are.

Zack: That's okay, your joke was probably about what a fag I am.

Dr. Thorpe: Let's put that aside and get back to the task at hand. This kid: huge fag.

Dr. Thorpe: This kid puts on this little suit so that gay dudes can put him up their butts, and he loves every minute of it, the little homo.

Dr. Thorpe: Oof, I just made myself mad at myself.

Zack: I don't think it's really gay. I think society's over-reliance on Nair and the Brazilian has caused some unfortunate evolutionary responses. This kid is like that gray moth that blends in with the soot-covered factories, only replace the factory with some "natural girls" website run by separatists in Ossetia.

Dr. Thorpe: Let's not forget that this kid is the victim here, and some parent or creepy "older boy" friend dresses him up and puts him on a website that just happens to cater to weirdo wool fetishists who probably look at his rosy little apple cheeks and fantasize about putting him in his little furry suit up their butts, and he loves every minute of it, the little fag.

Zack: Hey, cut the kid some slack. Working at the crazy German office doesn't pay the bills anymore. You've got to moonlight as sex ALF.

Dr. Thorpe: Also, let's not forget that this could be a little girl, in which case it's totally hetero and we've got nothing to worry about.

Zack: Unless girls are sticking her up their butts, in which case it's totally hot. Bordering on hella hot.

Dr. Thorpe: Better not make any "carpet muncher" jokes or this kid is dooooooooomed.

Zack: You just made me mad at yourself.