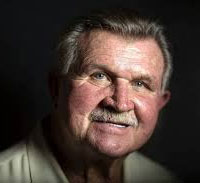 Whenever something happens in football, all of Chicago turns its attention to former Chicago Bears head coach Mike Ditka to get his opinion. Coach recently weighed in on the controversy surrounding the name of the Washington Redskins, saying among other things that the controversy was "so much horseshit it's incredible." The Redskins aren't the only the team name that Ditka has an opinion about and he isn't holding back.

I'd just as soon do a number two in the middle of Lambeau as say "Packers" ever again. No need to break out the TP. Trestman has figured out how to take a shit in Green Bay. Guy looks like he worked on the Manhattan project. He am become last place D in the NFC. He coached a team in Canada - Canada! - named after a frigging ballet move. What happened, Chicago? Christ. I'm gonna have another stroke if I keep thinking about him.

We've got to support the police. There are thugs out there with guns hidden in their saggy pants. Pick up your damn pants! That's why we need a tank. 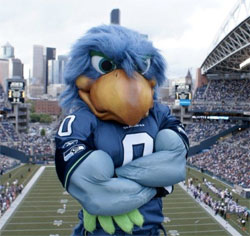 The 12th Man ain't even human. That's not legal. Get that out of here.The Seahawks (NFL)

That's one way to get by the liberal nonsense. Just make up an animal. Do these things eat Rock Lobsters? Get over it. Idiots.

They can call each other "giants" but we have to call them "enlarged people" or something. That's how it works. They start out simple and then they just want to torture you, make you bend over backwards so you don't hurt any feelings. Before you know it, up is down, men are getting married to each other, and the Jets are hosting a Super Bowl.

Sure, you can call them Marlins. That's fine. But call them that other name one time and suddenly you're dropping napalm at Kham Duc. What are the rules? They change every five minutes. Jesus Christ. I can't make this shit up.

What's that? An Oriole? I haven't even heard those people called that for years. That's more racist than Redskins. Don't let Jazzy Jackson hear that one, oh man. There'll be a Youtube going in no time. 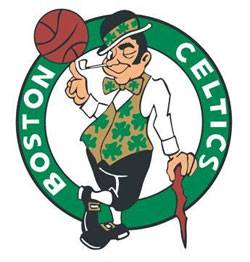 How come there are no riots in the streets over this one? Here's a hint: racism isn't real.The Celtics (NBA)

Oh, yeah, sure, you can give a team an offensive name if it's a white people name. Can you imagine calling a team the Zulus? Barack Obama would be holding a beer summit over that one. Shoulda ran in 2004 and made that idiot clown show me his birth certificate.

You said it not me. Can you print that? Holy moly. The PC brigade is gonna string you up for saying that one.

That's a good one. I like it. It's short and to the point and most people don't remember it's what we used to call the Chinese. You can get away with this one still. It's about history.

What is that? You're joking. That's a team name? These broads need to cut back on the Lunesta and work on their fundamentals. I can sink more three pointers than these amazons. Maybe have them play in skirts and high heels. Then I'll watch. No thanks.

Alright. That's enough of them. Bye.