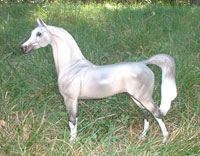 #38, Dobbin (FILE PHOTO)Washington's unusual pick may eventually be regarded as a major blunder, but only time will tell. The frisky equine is known for exceptional running ability, devastating tackles and a lustrous, healthy coat and mane. Todd Collins was an instant fan after witnissing Dobbin gallop the length of the field in record time: "We need this horse in our outfit, ASAP," he told Jim Zorn. "There's nothing in the rules that says a horse can't play football." As it turns out, the rules specifically state a horse cannot play football. Can the Redskins groom this stallion into a man before the regular season starts? "We're holding open tryouts to kiss the horse," said Zorn. "If maybe a princess kisses him, there's a good chance he might turn into a prince or a defensive tackle, or even a Level 8 Mimic Chest. Kiss this horse, people. Kiss it."

The Saints have a lot of needs in the secondary, but shouldn't give up hope on their young injured cornerbacks. What they need is a real force in the middle, a position Glaucoannes solidified last year at Trident University. Unfortunately, the distinct lack of water (and to a lesser extent, mysteries) in the NFL may hamper his amazing abilities. "Detective Stive was drafted? Really?" Stated a surprised Grey Spallions, coach of Trident University. "By New Orleans? That should work, they're still under water, right?" Teammates have lavished kudos upon Glaucoannes not only for his explosive plays, but also his mystery-solving skills. "I remember this one time we lost the football and coach said 'where's the football?' and nobody knew," recalled teammate Briggs Nommo. "Then, out of nowhere, here comes Detective Stive and he's holding the football and coach says 'well then... mystery solved'." 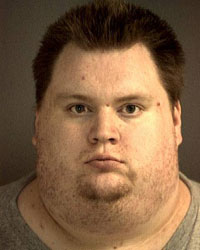 #96, Ken Berkins (FILE PHOTO)While Berkins lacks nearly any skill a typical effective pass rusher flaunts, he does possess two unique qualities separating him from all other league cornerbacks: a BMI of 58.2, and over 288,000 posts on the Houston Texans Official Forums. Head coach Gary Kubiak recently defended his pick, claiming "Berkins might not have the talents or strengths of a typical #1 draft pick, but he clearly has the knowledge and dedication to improving this team. In less than one year, he's posted nearly 300,000 times on our forums, all critical of our decisions. It is obvious this man has done his homework and is inevitably destined for stardom." Along with a $7 million signing bonus, Berkins has demanded an industrial forklift which he would use to navigate himself around the field during big games, as well as "a docking station for my laptop and wireless access... and no fucking Comcast."

San Diego knows LaDainian Tomlinson is getting old and Darren Sproles might head out through free agency, which explains why they chose such a deft, nimble running back in a high round. Head coach Al Golden had nothing but kind words for the energetic Quickskin. "He's small. Really small. Usually I can't see him and don't know what he's doing until I hear somebody shout 'touchdown,' and when that happens I look around to see if it's a referee saying it because that means we get more points." Measuring up at a dimunitive five inches, Pip is the second smallest running back to ever play at Temple, which explains his rushing average of two yards per game. "Two yards to this guy is like 200 yards to us because he's just so darn tiny! We usually put him in short yardage situations because the guy needs about 30 minutes of rest after each down. Then I pick him up and say 'great job there, Pip!' and place him gently in my hand and feed him sweetbread crumbs and lemonade while he spins yarns of his homeland."