Fact: Fewer than 7% of black people have seen the movie Gattaca. Only 18% have seen parts when they were switching between channels and it happened to be on TV, but they didn't like what they saw and didn't watch the rest of the movie.

Average Black Man Surveyed: "That wasn't a space ship that was like a Power Point presentation. That was bullshit. And he put that dude's pee and blood in his body? What was all that?"

We found a white man standing in a bank looking in a briefcase for his stocks. We tricked him into going into a dark room with us and then we asked him questions. 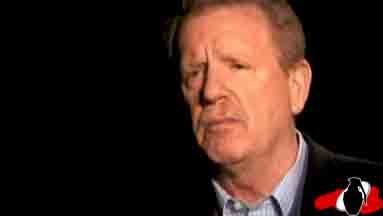 White Man: Hello. Did that door just lock from the outside?

Us: Why do you hate me because I'm black?

White Man: What? No. You're not even black.

Us: If I were. Why do you hate me if I were black?

White Man: You mean why do I hate black people?

White Man: Hmm...I never really stopped to think about it, you know?

Us: Just try to pick one reason.

White Man: Jeez, there are so many. I guess what I hate most is that they seem like they have so much fun at church. Hooting and hollering and dancing around.

Us: So you hate black people because they have fun in church?

White Man: Among other things. I mean, they can wear a wolf t-shirt and the next day every white kid will be wearing a wolf t-shirt. You know who can't pull off a wolf t-shirt? White people.

The White Man was bumming us out a little bit, so to cheer us up we sought out a sassy black lady to talk to us about being a black mom of black kids in black Chamericanaire.

Fact: 87% of black moms never once have a white baby. 13% have a white baby that they found but then the real owners come and take it back from them and it looks out the back window of the car and watches the black mom as the car pulls away and the black mom bites her hand to stifle her cry because that was the best baby she ever saw.