David Vs. David: Battle of the Bores

I've never seen American Idol, but through involuntary pop-culture osmosis, I know that scraggly-bearded "rocker" David Cook defeated smooth-crooning foetus David Archuleta. This happened early this year, before bad music became my business. Recently, Cook and Archuleta released abysmally bland albums almost simultaneously, and now I'm professionally obligated to referee this rematch. The tally sheet starts at zero, not as a baseline score, but because 0/100 is the best an Idol contestant could hope to achieve.

David Cook and David Archuleta make side-by-side comparisons simple. Both released twelve-song, self-titled records. Well, actually Cook's disc contains a bonus track called "The Time of My Life," which is not a cheesy Dirty Dancing cover but instead some even fruitier shit about a "magic rainbow." Also, his tune "A Daily AntheM" runs 15 minutes long thanks to a stupid hidden track. It's terrible to be lulled to sleep by a parade of power ballads, only to be woken jarringly after a patch of blissful silence by the scuzzy Cook stuttering "k-k-k-kiss on the neck." As a result of these infractions, Cook starts the contest 25 points in the hole. 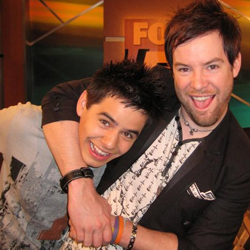 Tragically, the oxygen loss due to this horseplay stunted infant Archuleta's growth forever.Track One: Cook's "Declaration" vs. Archuleta's "Crush"
Cook poses a series of questions: "Do you care what I believe?" "Will I ever be enough?" "When the light runs from the day/will the darkness be too much?" (Answers: No, fuck no, and you're gay, respectively.) Goo Goo Doll Johnny Rzeznik co-wrote this crap, proving that while he's gone from a scruffy heartthrob to a grotesque Axl Rose doppelganger, he hasn't yet lost his singular knack for crafting lame-ass slow songs. -10

Archuleta starts "Crush" by singing "ooohhh, whoa-oh-whoa-oh," foreshadowing the intelligence and articulation of the lyrics that follow. "Crush" meets expectations, sounding exactly like something that would be on an album that comes with a ridiculous fold-out poster of the prepubescent performer.

Track Three: Cook's "Light On" vs. Archuleta's "Barriers"
Chris Cornell co-wrote "Light On," which would qualify as his most embarrassing accomplishment of the year if not for the looming release of his apocalyptic Timbaland collaboration. "Light On" begins with watery "Black Hole Sun"-style guitars, suggesting Cornell phoned it in -- from 15 years ago, using one of those Eiffel-Tower-sized cell phones that were popular at the time. Cook paid Cornell dubious homage on Idol by mimicking his lethargic, bleached-white "Billie Jean" cover, the worst unplugged deconstruction since Eric Clapton's retirement-home-shuffle version of "Layla." -5 for encouraging and abetting Cornell's tragic decline.

Like "Crush," "Barriers" begins with a mild, non-threatening R&B beat and some soft, timid guitars, but it builds up to a chorus so absurdly bloated it sounds like it should be mass-delivered by swaying We Are The World celebrities banding together to cure spastic colon or third-world diarrhea. "Barriers" demonstrates more of his songwriting team's deft wordplay ("it's our last final goodnight"). The next tune, "My Hands," contains such batshit inanities as "I dropped my watch behind the tire/threw my alarm clock inside the fireplace." I wonder if Archuleta, still an uncomprehending toddler, just pronounces this nonsense phonetically at his dad's demand. 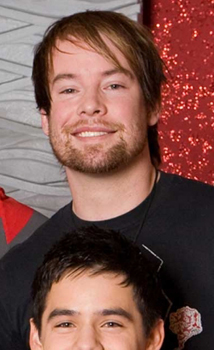 Cook towers over Archuleta, in terms of sucking.Track Six: Cook's "Bar-Ba-Sol" vs. Archuleta's "You Can"
"Bar-Ba-Sol" appears to be named after a brand of shaving cream, an odd choice for someone who hypothesized the dried-out skanks that comprise his fan base thinks he's "pretty" because he forgot to shave. (-10 for calling the song something retarded, causing me to research the topic and learn about the sexual fantasies of people's moms.) This song is loud, and not just during the customary obscenely inflated chorus. As a result, his menopausal-crone followers get all hot-flashy and describe this noise as "heavy metal." Fuck that, -15.

While it can't compete with a weirdly hyphenated brand name, "You Can" is a bad title, not to mention a horrible song. Johnny Rzeznick doesn't appear in the liner notes, but he'll probably be getting paid anyway, because this is basically "Name" with dumber words ("If I could wish upon tomorrow, tonight would never end"). Anyone over the age of "OMG!" shouldn't want to hear a little kid sing (unless they're pretending to care about their brat's school play), so why the fuck does newborn Archuleta play adult-contemporary songs?

Track Eleven: Cook's "Permanent" vs. Archuleta's "Your Eyes Don't Lie"
Even on an album that's 95 percent power ballads, "Permanent" stands out as especially soft and sappy. Listening to David Cook is like being slowly smothered to death by an especially feathery pillow, with "Permanent" as the lullaby gateway to eternal rest (before the extra-track bullshit serves as a hellish afterlife).

Archuleta puckers and blows his way through "Your Eyes Don't Lie," which provides respite from rhymes such as "You're still in love with me/you were never really out of love with me." Nonetheless, whistling is whimsical faggotry at its most obnoxious, even if the embryonic Archuleta can't really be blamed for the sounds he innocently makes to pass the time while waiting to escape his mother's womb. -15


These are two of the most unremarkable albums I've ever heard and immediately forgotten. They're better than last week's offerings, because they render me unconscious instead of making me physically ill, but that's a modest achievement. Still, this experiment made me appreciate my job, because overall even the worst products of the music-industry system are more morbidly interesting than these insomnia antidotes, who represent the "best" this moronic game show could muster. No wonder the Idol judges are all fucking lunatics. 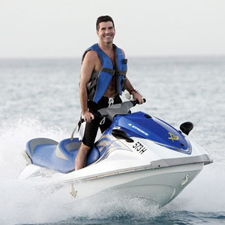 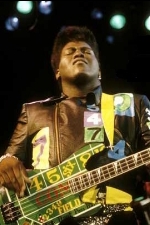 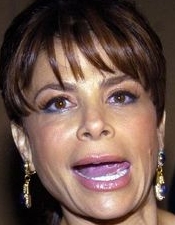