Hello, Robert Smith. Hello, Gary Lightbody. If you are listening to this, that means I have heard your bands' inferior new products. I have determined that you will make excellent candidates for mandatory rehabilitation. You must disown the habits that have made you unlistenable bores, or die. Listen carefully, if you will: There are rules... 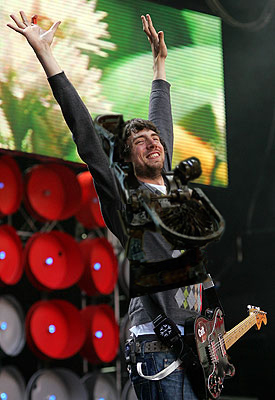 "Snow Patrol singer Gary Lightbody: This is your wake-up call. Every day of your working life, you have given people cause to fall asleep. Now you will be the cause of your own somnolence. The trap on your head can be disassembled in a reasonable amount of time, given an alert mind and the "intrepid fingers" with which you grossly claim to trace bodily "hills and valleys." However, your new record A Hundred Million Suns will be playing in the background. Your soft lullaby voice and gently strummed acoustic guitar will dull your senses. Can you operate heavy machinery while drowsy, Mr. Lightbody? If not, this room will be your final resting place. Let the game begin." 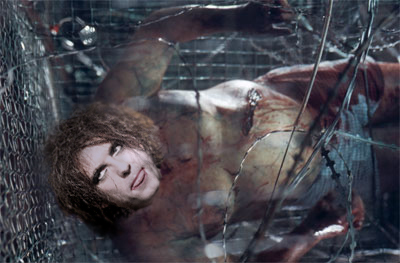 "Hello, Robert Smith. You're a wealthy, well-fed man. Yet, just this week, you released an album containing the lyric 'I won't try to bring you down about my suicide.' Did you sing about hurting yourself because you truly wanted to die, or did you just want some attention? Tonight, you'll show me. You must navigate this labyrinth to survive. (It was a straight path through the razor wire, until you annoyed and inspired me with your use of the fake word "mazier.") The irony is that if you want to die, you just have to stay where you are. But if you want to live, you'll have to cut yourself, like so many of your angsty-faggot followers do regularly. How much blood will you shed to stay alive, Fat Bob?" 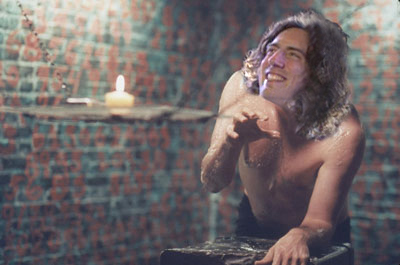 "Gary Lightbody: That's a flammable substance smeared on your body. I would be careful with that candle, if I were you, though that might be difficult given that I've strapped rollerblades to your feet, because Snow Patrol seems like the type of lame shit rollerbladers might enjoy. I've spilled oil, balsamic vinegar, Robert Smith's blood, and other slippery fluids on the floor. Light up, Gary, light up, as if you have a choice. Soon, you might discover whether fire "cracks and barks like primal music" as you insist during one of your many faux-poetic flourishes, or if the searing pain from your melting skin distracts you from concentrating on other sensations. 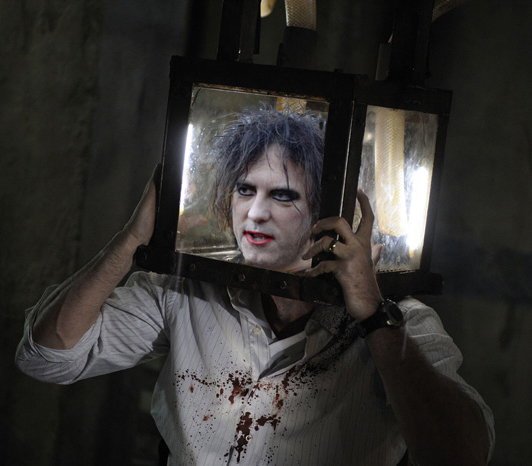 "Robert Smith: For thirty years, you've profited from wallowing in self-pity. For the past fifteen years, you've done so in an unconvincing fashion, a jolly rich man playing the sad clown for an audience of gullible mopers. I would simply challenge you to write cheerier material, but having heard "Freakshow" and "The Only One," I know your happy tunes are even worse than your fake-miserable songs. So, drastic measures are necessary. Can you stop crying, Robert, even though the gashes from the last trap have finally given you something to cry about? There are saline-detecting sensors at the bottom of the box in which your head is encased. If you drop a single tear, the sensors will trigger a series of wall spikes. You must display stoic dignity, for once in your life, or else be impaled."

"Gary, I'm pleasantly surprised by your progress. Judging by your music, I imagined you to be a spineless eunuch who would devolve into a quivering puddle at the first obstacle. To be honest, I hadn't really devised anything else for you, but fortunately it shouldn't be difficult to transform your ludicrous lyrics into amusingly ironic deathtraps. Cool your beans, my son. Just close your eyes and count to five. Take a nap. I'll play you an edited version of your album with all the laughable 'rock-out' choruses magically removed." 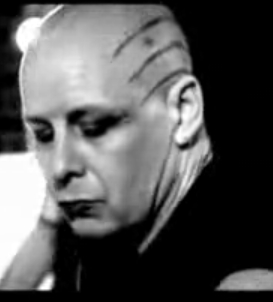 "Hello, Porl Thompson. You don't know me, but I know you, though the vast majority of music fans don't, and even casual Cure fans couldn't name you. You clearly wanted to be a star, which is probably why you got that ridiculous tattoo on your head, but do you want this badly enough to kill your famous bandmate? I want to play a game. Here's what happens if you lose. The explosive device you're wearing around your waist is stitched to your skin. When the timer on the device goes off, you will be disemboweled. There is only one key to open the device. It's in the bloated stomach of your still-living brother-in-law Robert Smith. Look around, Porl. Know that I'm not lying. Live or die. Make your choi- oh, you've already retrieved the key. Well, I suppose you're free to go, unless you'd like to become my apprentice. I could really use an Igor-looking guy like you around here."