Songs in the Key of Fuck

An array of publications and Web sites crowned Cee-Lo Green's "Fuck You" the most pop-culturally relevant song of the past year. Green's song had a fun, catchy tune, but its 2010 domination was undeniably aided by its provocative and titillating use of the word "fuck." Green's "Fuck You" joined a small club of popular classics that featured "fuck" in their choruses, along with Nine Inch Nails' "Closer," Bloodhound Gang's "Fire Water Burn," Dead Kennedys' "Too Drunk To Fuck," and Harry Nilsson's "You're Breaking My Heart." But as you'll see below, there is a larger club of failed songs by artists imprudently seeking easy success through the use of the F word. 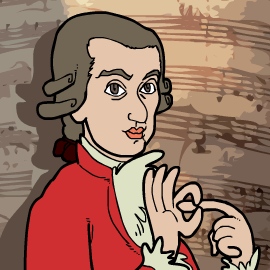 The first documented instance of "fuck" appearing in a major work of music, this singspiel opera from the wunderkind composer was written in 1785, and was borderline pornographic, even by today's standards: Simulated sex scenes, an actor singing a song called "Put Me In Your Holes" while wearing a giant penis costume, and another song about a sexual position Mozart apparently made up called "The Sinking Paddle Boat." Unsurprisingly, the project turned out to be a disaster. Far too scandalous for the time period, Mozart's comedic-dramatic tale of lothario Don Juan was shut down during rehearsals. Fortunately, Mozart eventually reworked the story and some of the music into the less salacious Don Giovanni, now considered one of his masterpieces.

Scott was an African-American ragtime composer, considered one of the major players in the style, along with Scott Joplin and Joseph Lamb. In 1918, ragtime was at its peak. Scott's publisher asked him to change the name of his piece - originally just titled "Fuck'n Rag" - but Scott, no doubt emboldened by one of his legendary cocaine benders, not only refused, but also spitefully added the even more salacious "Your Mama" part. Most shops refused to stock the sheet music (the primary source of income for composers of the time), and Scott and his publisher soon parted ways. Unfortunately, ragtime was soon overtaken in popularity by jazz, and Scott never published any music after 1922, though he did attempt a comeback with an equally unpopular jazz piece titled "Still Fuck'n Your Mama Blue."

"Are You Listening, Faggots? Go Fuck Yourselves"

Hank Williams was one of the most influential figures in the birth of modern country music. So it only makes sense that he loved abusing a wide variety of awesome substances. Early in his career he assembled the band The Drifting Cowboys, with whom he was offered a regular performance slot on the Montgomery, Alabama radio station WSFA. But soon members were quitting, unable to tolerate his rapidly worsening alcoholism. When his entire band quit, Williams showed up shitfaced at WSFA to play as scheduled. He introduced his wholesome listeners to his newest ditty, an untitled song with the chorus "are you listening, faggots? Go fuck yourselves," which was little more than a trash-talking tirade against his former band members. WSFA fired Williams promptly.

"Up Fuck the Devil"

Sun Records is best known for launching the careers of artists like Elvis Presley, Roy Orbison, and Johnny Cash, but Sun Records founder Sam Phillips also saw the potential of selling to African-American listeners. Riding high on the success of the artists above, in 1957 Phillips signed young African-American blues-rock singer Rawlins and released this moderately catchy tune, which takes the perspective of a cheating husband rationalizing to his wife that the devil caused his infidelity. As it turned out, though, Big Richie Rawlins was in fact Phillips himself, doing a somewhat poor, and frankly offensive, African-American voice. The song was written by Phillips and a Jewish songwriter named Max Balbaum, based on what they assumed African-Americans enjoyed listening to. They were wrong. Phillips pulled the single from the radio after nearly being sent to the hospital when he showed up for a live performance in black face. 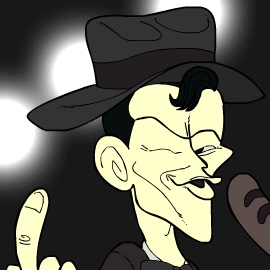 "Fuck Me a Lady Tonight"

In the mid-'60s, Frank Sinatra was at the height of his game. He had left Capitol Records to successfully form his own label, Reprise Records, and everything he touched seemed to turn to gold. So much so that during a night of heavy partying, when comedian and fellow Rat Pack member Joey Bishop bet Sinatra that he couldn't release a song called "Fuck Me a Lady Tonight" - a parody of one of Sinatra's newest signature songs, "Luck Be a Lady Tonight," from the musical Guys and Dolls - Sinatra took the bet. Sinatra did, in fact, have the power to record and release whatever he wanted, so the bawdy single made it as far as the record press before he wised up (or sobered up, most likely). The B-side? "I Got a Dick Into You," a parody of "I Get a Kick Out of You."

"Sticking It In and Out of You (I Wanna Fuck)"

Garrett, now a mainstay of reality television, was of course once a fairly big star on the teen-pop scene in the late '70s. But by the time the '80's rolled around, his career had already bottomed out. When 1981's My Movie of You failed to perform, Garrett's managers theorized that his teen fans had simply outgrown him and he needed to develop a more dangerous, adult image. Thus "Sticking It In and Out of You," with Garrett ostensibly trying to seduce a fan he meets backstage, was born. The song contained the naughty line "I wanna fuck" at the end of each chorus. As it turned out, no one had outgrown him so much as they just stopped giving a shit.

This little ditty, released in 1983 by the Los Angeles-based punk band, might be the most proportionally "fuck"-filled song ever - a feat easily achieved by the fact that "fuck" is the only word uttered in the song. And it is uttered quite a bit. Most punk acts of that era were not necessarily known for their stellar musicianship, but Braggot's members quite literally did not know how to play music. While defiantly making random noises on their respective instruments and screaming "fuck" repeatedly might in fact be extremely punk rock, audiences seemed to want more, and Braggot quickly faded into the background of the LA punk scene. 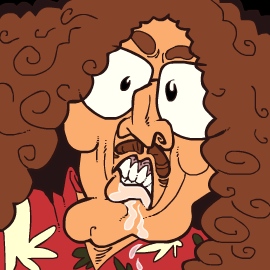 In 1985, popular comedy act "Weird Al" Yankovic released "I Want a New Duck," which was a parody of "I Want a New Drug," by Huey Lewis and the News. "Weirder Hal" Spankovic (né Brian Townsen) had the fairly dubious gimmick of doing exclusively X-rated parodies of Yankovic parodies. While such a Meta idea is commendable in its sheer insanity, the "I Want a New Fuck" single, along with the entire Hair to be Pubic album, failed to tickle any funny bones. Spankovic didn't give up easily, releasing a second Yankovic parody album in 1988, Polka Orgy!, which included the song "Fuck in a Closet with Vanna White." After that too failed, Spankovic hung up his hat.

Do you enjoy Worm Miller's signature brand of bullshit? What if we told you there was an entire book full of it?! Impress your friends by being the first member of your social circle to buy ten copies of Worm's new masterpiece!

Thanks to Shmorky for the artwork! Look for him in The Zookeeper, coming this summer to a theater near you!