Last year the music industry was filled with last, desperate gasps that brought about panicked longing for what once was and dreadful reproach for the hellish void ahead. There were also musician deaths.

Please join me in paying respect to the artists that turned the volume knob from 11 to -1 in 2010. 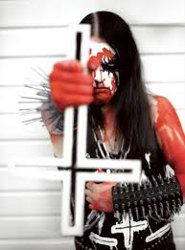 Necromorbus - Fell out of a tree while attempting to rescue a little girl's cat, broke his neck.

Niklas Nilsson - Suffered a fatal heart attack brought on by the strain of a vigorous, prolonged smile.

Fredrik Ekdahl - Beaten to death by a pack of roving youths for steadfastly refusing to speak ill of government and organized religion.

Mattias "Hellfuck" Torgerson - Was asked for a reason to live in this sewage pit of uncaring existence; his response was full of so many optimistic messages that he went on for three days without pause, eventually dying of dehydration.

Blakkheim - While returning from a shopping spree at Old Navy, collapsed and suffocated under a pile of brightly colored tops and fleeces.

Gus Olannsen - Bit by a poisonous snake while planting a field of tulips. Would have survived if he had reached the hospital in time, but instead he took the snake to a veterinarian to make sure it was okay.

Death doesn't seem to visit country music very often. Perhaps it's because most people only pay attention to the passing of heavy hitters like Johnny Cash, at which point they realize that some country is actually pretty good. It's nice to know that in fifty years or so Alison Krauss will get as much exposure as she did when O Brother Where Art Thou was released.

Kenny Chesney - After carving profane iconography into his own arms on stage, lost so much blood that he was unable to escape the raging inferno of the very church fire he started later that night.

Garth Brooks - Died of shame after remembering this: 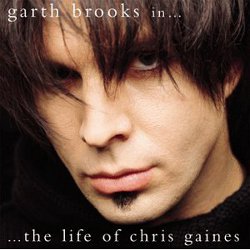 Billy Ray Cyrus - Cut his wrists with his daughter's salvia bong after realizing that he is almost identical to Chris Gaines.

Pop music is devoid of risks for the most part, so it stands to reason that fewer pop stars find themselves in dangerous situations. Following the death of the self-proclaimed King Of Pop in 2009, things have been relatively quiet on this front.

Tony Bennett - Died of shock after learning that he didn't pass away in the 1990s.

Taylor Swift - Read the lyrics to all of her songs in one sitting, suffered the world's first fatal full-body cringe. 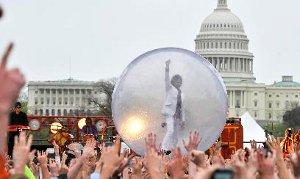 Dying young is something of a tradition in rock history. Jimi Hendrix, Janis Joplin, Jim Morrison and Kurt Cobain were only 27 at the time of their deaths; Ian Curtis was just 23; and Dancing CGI Baby was only 20. Amazingly enough, the only notable rock & roll artists that died in 2010 were well past their thirties.

Wayne Coyne - While performing inside a giant plastic ball, the Flaming Lips frontman ascended into the wondrous glowing span of a rainbow through the power of pure happiness, leaving behind a trail of LSD connecting the stage to the rainbow's apex.

Steven Tyler - Died from a very rare form of malnutrition in which the body craves attention. We should have seen it coming, as signs of his illness have been present in every commercial for the upcoming season of American Idol. Note how he lifts his shirt to show off his emaciated form, and the fact that he actually sings at some point in the first few episodes.

A lot of people assume that rap artists are constantly dying in shootouts over the ownership of hoods, but this is just casual racism at work. The number of rapper shootings is actually quite low, and many artists survive multiple shootings.

Lil Wayne - Accidentally crushed beneath the foot of a fan who could not hear the rapper's tiny pleas.