In the '70s, young musicians despaired at the degree of proficiency required for entry-level rock stardom. "I'll never be as good as those wizards from Yes," they'd whine after yet another failed attempt at replicating "Siberian Khatru." Then the Ramones released two crude albums in 1976, and suddenly oaf-fingered teens no longer viewed their inability to master (or hold without dropping) their instruments as a hindrance to public performance. The Ramones also eliminated "reptilian appearance" from the list of commonly cited obstacles to "cool music scene" acceptance.

The Ramones kept releasing slight variations on their stick-figure template until audiences became so inured to rudimentary punk that they'd toss any records that contained more than three chords into town-square bonfires. Yes guitarist Steve Howe hacked off his hands in tearful penance for discouraging a generation of unskilled players. Once-beloved vocal virtuosos such as Steve Perry and Dennis DeYoung fled into reclusive obscurity, like exiled intellectuals in Stalinist Russia. It was the golden age of musical anarcho-primitivism, or, to use a simpler parlance befiting these revolutionary minimalist bands, party times for ugly dudes who didn't play guitar so good.

Many fans touted Green Day as a successor to the increasingly deceased Ramones. Green Day played the Ramones' Rock and Roll Hall of Fame induction, and two of its members even named children after the band. But 2004's American Idiot revealed the group's traitorous plan: Establish a constituency based on pop-punk principles, then conspire to reestablish rock operas. The just-released Idiot retread 21st Century Breakdown cynically combines Ramones-style album-to-album redundancy with another bombastic Yes-style "song cycle." 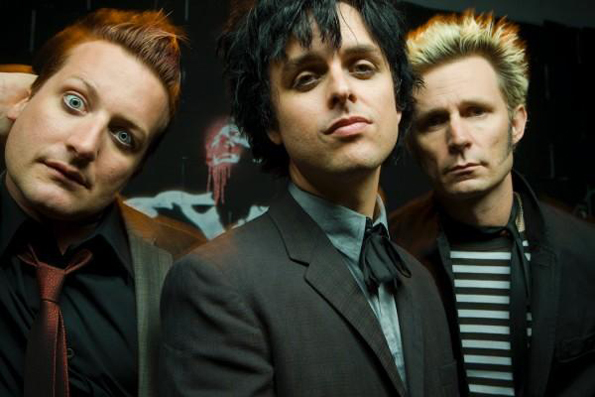 We are serious musicians and bold political thinkers. Behold our works of art!

Green Day would have been the most hated band online in 1994, if Internet usage were widespread at the time. Instead, people expressed their inarticulate fury about Dookie's surprise success by using mimeograph machines or stolen Kinko's cards to painstakingly assemble "zines," which they distributed to mailing lists of like-minded jerks.

Sharing uninformed opinions with random strangers used to be an astonishingly work-intensive process.

Kids (and Mohawked adult losers who delusionally viewed their obsessive adherence to an adolescent mindset as some sort of heroic rebellion against conformity) despised Green Day because they were "sellouts," a term that meant they were both popular and "punk" at a time when these concepts were considered mutually exclusive. In many cases, these people enjoyed Green Day until they were told (usually via zine) they shouldn't, at which point they staged exaggerated public displays of anti-fandom to protect the integrity of a genre they'd only recently discovered. 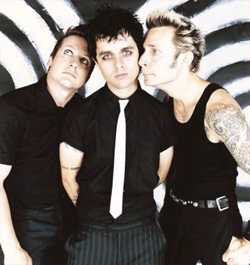 "More like Green *Gay*!" -- LowtaxI once watched a blue-haired "crusty" scream hysterically and storm out of a club when a band started playing "Knowledge." She claimed this was because she couldn't bear to hear someone cover Green Day. This explanation simultaneously divulged that a)she recognized a track from a relatively unknown Green Day release b) she was unfamiliar with the original artist, Operation Ivy. With morons like this as the opposition, I couldn't help but take Green Day's side, despite extreme reservations about defending someone with the stage name "Tre Cool."

Zine writers might have remained chagrined about Green Day's continued success throughout the '90s and early 2000s, much to the approval of the dozen weirdoes who sent them a folded dollar and some stamps, but people who actually communicated their views in viable public forums had moved on to other targets. It seemed the world would let Green Day keep making dumb, catchy songs in peace. Then in 2004, Green Day released American Idiot, a ponderous collection of multi-song suites, broad political commentary and power ballads. It benefited from low expectations: Critics praised this bullshit "rock opera" because "hey, it's Green Day, those snotty kids, and look how far they've come!"

I'm a theoretical fan of the futile, stupid gesture known as the concept album, in that I appreciate the entertainment value inherent in groups trying to tell some grand story that's inevitably well beyond the limits of their eloquence and musicianship. American Idiot's ludicrous fucking plot concerns the "Jesus of Suburbia," who stifles St. Jimmy (the immature aspect of his personality) at the expense of his relationship with the rebellious punkette Whatsnername.

By contrast, 21st Century Breakdown stars whiny fucks Christian and Gloria, both of whom somehow succeed at being more vague and uninteresting than someone called "Whatsername." 21st Century Breakdown copies Idiot's theatrical formula, breaking itself into three "acts," but it plays like a bunch of mediocre unrelated tracks awkwardly watermarked with its characters' names. ("America is falling/vigilantes warning ya/Calling Christian and Gloria!")

Because I thought it might be helpful to attach faces to those characters, I performed an image search based on the monikers and traits singer/songwriter Billie Joe Armstrong attributes to them.

I'll spotlight some of the album's most embarrassing moments. Are you ready?

Track One: "Song of the Century"

Billy Joe Armstrong establishes that he's about to tell a story using the most unnatural phrasings imaginable: "Tell us a story that's by candlelight/tell me a story into that goodnight." Also, he's singing these lines lullaby-style using old-timey-radio-guy distortion on his voice, with channel-fuzz static in the background. Green Day uses a lot of these cheesy production gimmicks during 21st Century Breakdown, apparently to make the album seem more like a play, except none of the noises have anything to do with the action described in the lyrics.

The only positive thing about this pointless annoyance is that it's less than a minute long.

"My generation is zero/I never made it as a working class hero."

Not only does this couplet cannibalize two previously issued Green Day songs, but also both tunes were covers. They're borrowing from themselves borrowing someone else's words, opening a gaping vortex of unoriginality. It's actually unfortunate that Armstrong didn't steal all the lyrical content from people capable of non-retarded sentiments. Here's some of his original work:

"Videogames of the tower's fall
Homeland security could kill us all"

What the fuck does this even mean? I guess Armstrong wanted to combine his outrage about Twin Towers Space Invaders modifications with the kind of obvious anti-government quip that won him kudos the last time.

Fuck this, I guess I'll just start describing the music. The song starts with piano, builds to a boring trot, then swoons into a power-ballad breakdown, during which Armstrong croons "Dream, America dream." People are wrongly comparing this patchwork shitfest to "Bohemian Rhapsody," when it's more like "the last 30 seconds of 'Bohemian Rhapsody' tacked onto a bumper-sticker-slogan medley."

Track Five: "Before The Lobotomy" 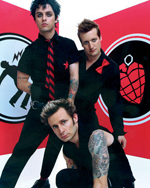 *After* the lobotomy.American Idiot's biggest single was a power ballad called "Boulevard of Broken Dreams," so 21st Century Breakdown features a quasi-power ballad in which other bad stuff happens to dreams: "The rain has washed away all those scattered dreams," "When the sky is falling down, it burned your dreams into the ground."

American Idiot also contained many additional dream happenings: "This dirty town was burning down in my dreams/Lost and found city bound in my dreams," "Kiss the demons out of my dreams," "In the streets of shame/where you've lost your dreams in the rain." Armstrong literally dreams about stupid dream references, then wakes up and stencils his latest revelations into a notebook marked "deep shit for the next epic album."

Haven't you always wondered what Billie Joe Armstrong thinks about religion? Wow, it's really something:

This song borrows Marilyn Manson's sound as well as his shock-value imagery, so at least it's consistent.

"She is riding her bike like a fugitive of critical mass" This line appears to just be more pseudo-poetic nonsense, but it's actually name-checking an event. In context, the line reads "She is riding her bike like someone who has veered off the agreed-upon path during Critical Mass, an event contingent on multiple riders participating." Gloria is being depicted as the kind of person who sabotages bicycle-activism protests.

"The sky is falling
The lifeboat of deception
is now sailing"

If Green Day returns to pop-punk, critics will say they've regressed, and they might become unpopular, at which the world's Lone Remaining Zine Writer will praise their return to the "underground." If they release another rock opera about uncharismatic schmucks, even the people who inexplicably enjoy that shit might become disillusioned. Really, the only option Green Day has after the latest spectacular misstep is to call it a career.