A couple newish titles turned out to be less hilariously terrible than I'd hoped, so I reached a wary hand into the reader-request sack. "A band I saw open up for Don Caballero last summer really sucked," writes Dan, this week's featured frothing malcontent. "I could've handled this because I didn't go to see the openers, but during their sucking, they managed to make me very uncomfortable. The band was Ponytail, and they've been getting good reviews from all the trendy Web sites. It's a travesty, and the kids have to find out."

To gauge how many people echo valued reader Dan's sentiments, I performed the usual Google search for "(insert shitty band here) sucks." The first few hits for "Ponytail sucks" included phrases such as "cock gloryhole" and "anally deflorated," which seemed to make sense, given Dan's ominous claim that "during their sucking, they managed to make me very uncomfortable." Unfortunately, none of these links related to the group. 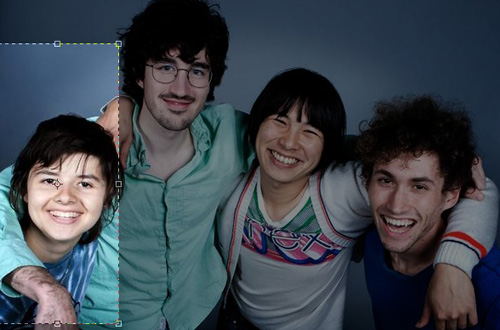 Surf music is usually instrumental, which is good, because the people who perform surf music would probably sing about stupid topics, such as surfing. Instead of using actual words, Siegel burbles and wails. She conjures images of the Yeah Yeah Yeah's Karen O as a bratty infant, pouring a formula bottle over her head in the throes of a sub-verbal tantrum. Ponytail's songs sound like live recordings ruined by a rhythmless "whoo!"-shouting underage drunk. On the incoherence scale, Molly Siegel scores the rating of "Babbling, teddy-bear-bashing monkey puppet": 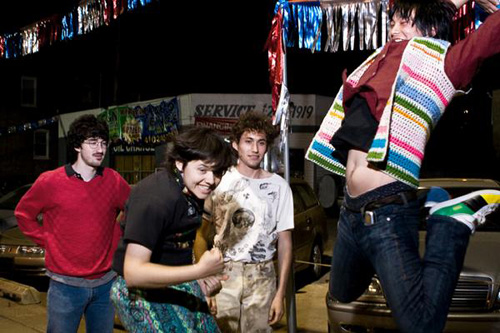 If you like that vest, you'll probably love this band.
Sites such as Pitchfork find it thrilling and revolutionary that a vocalist would dispense with melody and lyrics: "She has nothing to say, and she's saying it. Loudly. And with a sense of joy that's nothing short of infectious." And what if you'd rather not be infected with a malady that renders you unable to express yourself using language? You're probably already dead, opines another of Pitchfork's Ponytail fans: "If p-p-p-pure energy isn't reason enough for a rock band to exist, check your pulse and/or your stated reasons for liking music (or being alive) in the first place."


Who the fuck has ever kept a list of "stated reasons" for liking music or being alive? Even if I became obsessed with chronicling such things and worked on this project nonstop until I died from forgetting to ingest nutrients, I'm pretty sure I'd never get around to including "listening to a tone-deaf harpy bleat and mewl like a goddamn petting zoo."

While I fear Siegel's haunted-house screeches will soundtrack my nightmares for weeks to come, I'm glad Dan introduced me to Ponytail, because it provided me with new perspective on Pitchfork's insufferableness.