29) Mudvayne: Mudvayne's members used to dress up like extraterrestrials, or, in their most optimistic incarnation, dudes who'd just been shot in the head. Now that they look like your average Ozzfest-parking-lot mutants, there's nothing to distract from how goddamn generic their music has become. Not that they were ever good, but they used to disguise their inadequacies with technical flash, establishing themselves as the poor man's - the destitute Calcuttan beggar's - Tool. For some reason, they decided "hey, we don't wear alien masks anymore, so we might as well ditch this crazy prog stuff and try to sound more like Staind." Back in 2002, the group's drummer said "I think when the imagery and the theatrics leave Mudvayne, the band would probably end." Spüg, you lying fuck.

28) Ferras: To be honest, it was much easier to mock flamboyant crooner Ferras for his fruity pictures, rainbows-and-liberation lyrics, and "Elton John's illegitimate, biologically baffling offspring" sound before I discovered he's out of the closet. Well played, Ferras! But while describing his music as "gay" would be overapt, "terrible" still fits. 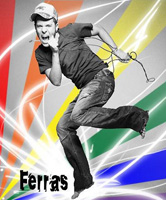 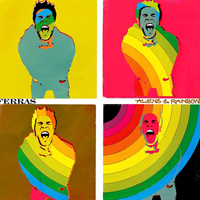 The Dane Cook, Bro
The Macaulay Corgan
The Gayrilla
The Double-Barreled Finger Gun Salute (Not Quite Cocked)
I'm Special!
The Evil Twin

26) 3 Doors Down: People might think 3 Doors Down disappeared, because even though their 2008 album topped the charts, the band isn't discussed that much. Some optimists might have even concluded this menace had been eradicated. Hearing a newish 3 Doors Down song in 2009 is like learning your buddy has polio: A sense of profound dismay followed by the questions "Really, here?" "Now?" "How?" "How the fuck?"

25) 3Oh!3: In response to 3Oh!3's lyric "do the Helen Keller and speak with your hips," I wrote "I'd love to see 303 do the Helen Keller, thereby rendering itself deaf-mute and 40 years dead." Obviously, this sentiment still stands. With that established, I'd like to address the possible objection that joke bands like 303 don't deserve a spot alongside incompetent "real musicians." If anything, I find them much guiltier than deluded, earnest artists who actually think they have accomplished some sort of creative breakthrough. It's awkwardly pathetic to imagine Ferras writing "Soul Rock" and thinking "I've really got something super here! People are going to love my sound and what I have to say!" By contrast, it's just infuriating to ponder 303 concocting fake crunk beats while giggling "ha, ha, get it, this sucks and we know it! We're in on the joke of our own shittiness!"

24/23) Forever The Sickest Kids/Cute Is What We Aim For: These bands sentenced themselves to this list with their idiotic monikers, which efficiently communicate their 'clever' emo-garbage aesthetic without requiring anyone to endure listening hell. But while both groups prove completely unnecessary from a musical standpoint, Cute Is What We Aim For's photo album at least provides some interesting personality profiles. 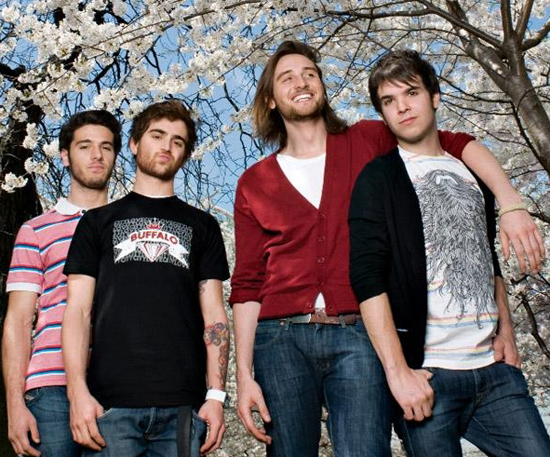 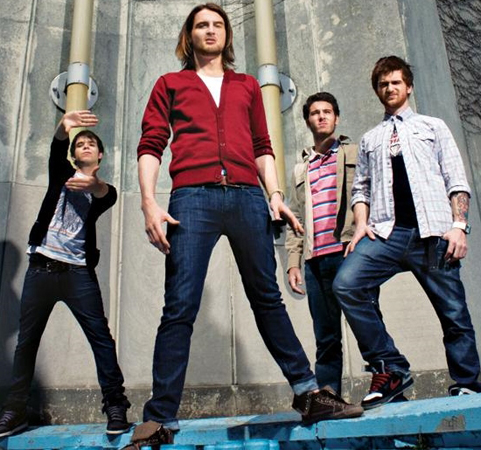 The Hippie illustrates a concept with his constantly occupied hands, while the Furball mimics his actions, seeking further affection. Both of the ruffians squint aggressively. 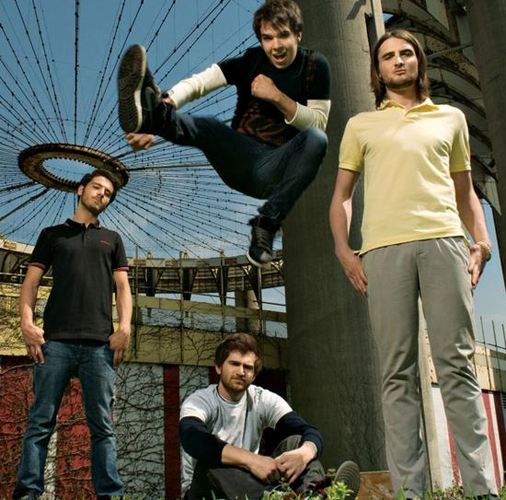 The Hippie considers pocketing his hands before deciding against it. The Furball, ecstatic after a piggyback ride, leaps gleefully off the Hippie's shoulders. The Polo Panther wants to know what the fuck you're looking at. So does Prickly. Don't make him stand up.