Failing at Being the Worst

For next week's column, I've selected 2008's 46 most appalling musical atrocities. The methodology involved compiling a list of all the shitty bands I heard and stupid-sounding albums I read about, then eliminating anything I could withstand without profound mental anguish and gastrointestinal distress. The acts that follow narrowly dodged inclusion in the year-end craptacular, instead receiving dishonorable discharges. While I was merciful enough to protect these artists from the stigmatizing "worst-of" stamp, I remain sufficiently pitiless to chronicle their numerous shortcomings in a public forum.

Suddenly, one of the divas realizes this song sucks.Noblest Crap Song of the Year: "Just Stand Up"
Aided by the live performance of "Just Stand Up," which features Mariah Carey, Rihanna, a dozen or so other female singers, and also Fergie, September's Stand Up to Cancer telethon raised more than $100 million. Which is wonderful news, though it doesn't make this soggy pancake of a pop ballad any easier to digest. Maybe the pay-to-make-them-stop approach to fund-raising really works. Critic-proofed by sterling intentions, benefit singles are always bombastically terrible, with goofy goody-goody words and show-choir choruses broad enough to homogenize all the incongruous vocal ranges. A coldly misanthropic mutual-exclusivity formula prevents charitable projects from being decent, especially if they're "all-star" clusterfucks.

Noteworthy: Miley Cyrus finds herself outgunned vocally, and the song feeds her the word "whatever," making her sound even more like a teen-airhead stowaway.

Goddamn kids these days.Nat and Alex Wolff proclaimed "We're the Naked Brothers Band" while streaking around their apartment after a bath. The name stuck, though you'd think "Naked Brothers Band," a moniker that promotes nudity and hints at incest, might frighten America's overprotective parents. Somehow, the stupider things are, the less likely they are to offend the gatekeepers in charge of the country's impressionable youth. Anyway, 11-year-old drummer Alex gets a pass, but Nat, who just turned 15, is at an awkward age: He's almost too old to be singing shit like "I Don't Want to Go to School" without having it come off as surly teenage rebellion rather than cute rascal hi-jinx, but he's still pre-pubescent enough to sound comically ridiculous whenever he attempts raspy soul.

Noteworthy: Rather than providing the Wolff boys with talented mentors, their handlers have booked members of bad-influence groups such as Papa Roach and A Simple Plan during the current season of Nickelodeon's The Naked Brothers Band Show.

The Golden Line Graph Trophy for Precipitous Decline: Common, "Punch Drunk Love"
Young people probably have a hard time believing that Common, currently best known to a generation as a Gap spokesperson who releases unremarkable pop-hop albums, once obliterated Ice Cube with a battle rap. Well, that might not seem that impressive to them either, given how Ice Cube turned out, but it was a pretty fucking big deal at the time. Now, he's become just another sex-in-da-club rapper, a bland embodiment of his stage name. If early-'90s Common heard "Punch Drunk Love" while time-traveling, he'd yank his lame future self into the past so violently that one of his dumb-looking hats would be left spinning between dimensions. This bowling ball weighs nothing -- when you party on the moon!The Space Cadet Certificate: Vanessa Hudgens, Identified
For all the High School Musical franchise's faults, its songwriters manage to produce lyrics that make sense within the storyline, if not in a real high school context. Left to their own devices, one-woman Naked Band Vanessa Hudgens and her team generates nonsense lines like "your love hurts like a paper cut, so sweet," "your red dot is on me/you're like a SWAT team" and "I see Milky Way hotties, so beam me up, Scotty." Identified provides laughs galore, an amusing perk that earns it a loftier ranking than the music deserves.

Noteworthy: More immortal lines from that "Milky Way hotties" song, which is called "Party on the Moon": "Oh so crazy, Martians invading" and "we're on a lunar mission/this isn't science fiction." 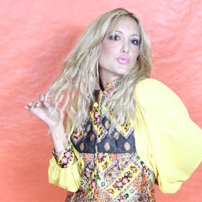 Hmm, maybe boyshorts *would* be appropriate.The Early Containment Edict: Lauren Hildebrandt, "Boyshorts"
With a tiny regional-label record deal and just 3,000 MySpace friends, Lauren Hildebrandt can't be considered much of a threat. However, her single "Boyshorts" might be just idiotic enough to attract the attention of clubgoing skanks nationwide. Perhaps no word in history has sounded quite as retarded when sung as "boyshorts," especially in Hildebrandt's bratty-fairy voice. An obscure Webzine likens "Boyshorts" to "The Thong Song," hinting at the epidemic that could ensue if this "playful and flirty" contagion gets in the wrong hands.

Noteworthy: Hildebrandt helps the quarantine effort by offering only a snippet of "Boyshorts" on her MySpace page, which contains some hilarious Top Friends fixtures.