Stuff You Will Hate VIII

Sgt. D and I begrudgingly took a break from listening to Uffie and Watain, respectively, in order to bring some awful videos to light. Thanks to a valued reader for tipping us off about one of these clips! Friends, feel free to send more links to bands you think we'll hate, as well as other news we can use, like proposed additions to my "horrible words" list (your submission could be immortalized next to "chockablock" and "jollies"), or suggestions about how to end one's wretched existence in a way that looks accidental enough to retain life-insurance benefits. 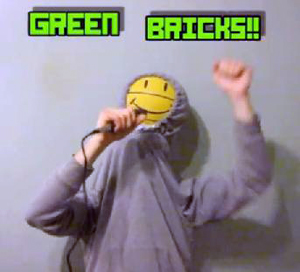 A confession: Like many post-teenagers who grew up on metal and hardcore, I once fetishized technique. I worshipped dreadfully boring bands like Cynic, Meshuggah, Dillinger Escape Plan, and Origin, led astray by a warped calculus that equated virtuosity with value. I even sunk so low as to listen to fusion! Now in my old age, where free time is a commodity I'd literally consider killing for, I regret few things more than pissing away my youth fapping to Dave Weckl and Ron Jarzombek.

But it could be worse: I could be the asshole making progressive metal/hardcore. I could be Zach Hill, better known as the drummer for Hella (who were themselves a blatant ripoff of the equally shrill Lightning Bolt). The thing he doesn't get is that being "original" is easy; writing songs that people actually want to hear is really fucking hard. I know this is "art" and that I'm not supposed to "get it" because he's "pushing the boundaries" of whatever genre he calls this unlistenable, tuneless shit, but I don't give a fuck. I'll take the latest flavor-of-the-month, Auto-Tune-abusing, neon-merch peddling, soulless teenybopper Warped Tour bullshit over this guy's "art" any day. -Sgt. D 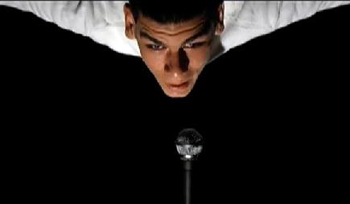 Andrew told me this was "like that stupid South African joke-rap band, only real." Superficially, this resembles Der Antwoord in that it sucks balls, but dig deeper and you will find it has more in common with the not-so-proud tradition of European thugcore. From hilariously clumsy attempts at imitating American slang ("put the roof on fire") to a posse made up of aesthetically-challenged teenagers of indeterminate ethnicity in bootleg down jackets, Young A has much more in common with NineBar than with some ironic hipsters patting themselves on the back for "going viral."

In any case, this song delivers one embarrassing bit after the next as Young A bungles his way though the track. There are too many lolworthy moments to list, with my favorite being at :57, where he says "I'm fresher than Lil Wayne," then pauses for several bars, apparently settling for dead air when he can't think of anything to follow it up. Now that I listen more closely to his braying, monotone delivery, I think there's a chance Young A is deaf, retarded, or otherwise suffers from some sort of legitimate impairment -- and no, being European doesn't count. -Sgt. D 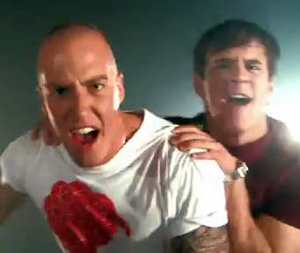 Sgt. D mentioned Euro-core, so I decided to look into one of the hottest bands on that scene. From what I could gather from the video, I was surprised to learn this looks to be some kind of supergroup starring a steroidal Maynard James Keenan and one of those dudes from Blink-182. These rock stars talk aggressively about how bad they feel for themselves because they're cheating bastards. It's the sort of pitifully self-absorbed perspective one might expect from an Epitaph emo signing or a lesser Atmosphere mixtape, but there's a disconnect between the hand-wringing and the hardcore backdrop, and additional incongruity between these beefy dudes and their emotional neediness. Thugs Require Cuddles? Therapeutic Relationship Conversation? Terrible Rapcore Chavs.

Oh, and these guys have another video that's a little less touchy-feely and a little more hilariously stupid. It's called "Define Cocky," and, true to the title, at one point the Maynard-looking dude holds a magnifying glass to a dictionary and reads the definition aloud, while the word is being spelled out on a Scrabble board. Check that shit out here. -GD 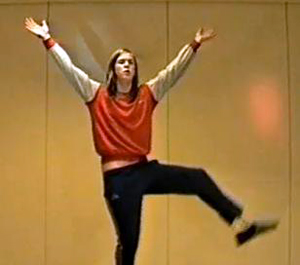 Benni Hemm Hemm, "I Can Love You in a Wheelchair Baby"

This video is the equivalent of wearing a Borat costume to a Halloween party in 2010: It's neither old enough to be retro nor fresh enough to be current, and basically it's just incredibly embarrassing to everyone who sees it. Honestly, I had no idea that anybody was still doing this contrived, faux-outsider art -- I mean, Napoleon Dynamite came out the better part of a decade ago, and Juno drove the final nail into the coffin of twee, though apparently not in time to prevent this travesty.

As usual, the music (forgettable indiepop that makes James Blunt sound like Devourment) isn't especially enraging. It's the video that gets under my skin. In addition to introverted, homely teenagers (the core fanbase of all indie-rock acts), I can imagine it going over well with drama-club types, whose clawing hunger for attention not only comes at the expense of their dignity, but also hinders their ability to detect when a joke has worn out its welcome. -Sgt. D 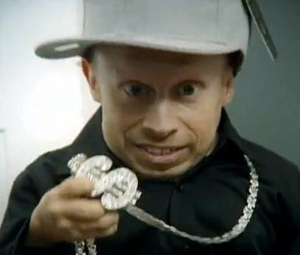 Forever The Sickest Kids, "What Do You Want from Me"

I was prepared to put aside my long-standing and justified hatred for Forever the Sickest Kids and judge this video on its own merits, but I lost faith at the 1-second mark, when Verne Troyer appeared. Alas, Mini-Me, as Paul Pierce would call him, is hardly this clip's biggest problem. It begins by poking fun at "the neon look," which Forever The Sickest Kids pretty much embodies. So are these guys just making fun of their own style, or are they suggesting that they'd look completely normal if it weren't for their meddling manager's suggestions about what the "kiddies love"? (Based on the band's "before" look in the video, I think we can rule out the latter.) Next, FTSK dons cornrows, baggy pants and drawn-on "Thug Life" tattoos, which its fans dislike because a) they disavow minstrelry and disrespectful misappropriation of culture, or b) they fear and despise minorities and anything that reminds them of minorities.

FTSK goes on to try goth, hair-metal and Mariachi fashions, all of which earn the crowd's scorn. It's important to note that the music stays the same throughout all these incarnations. There's no genre-hopping, and the performance scenes are played entirely straight other than the clothing. So maybe this is like a romantic-comedy wardrobe montage, where they keep dancing out of the closet in different outfits to a series of thumbs-up or thumbs-down reaction shots. Or perhaps this is what Forever The Sickest Kids is saying about its own fans: They're fickle, shallow idiots who make their musical decisions based entirely on non-musical aesthetic considerations. At first that seems a bit far-fetched, but then I guess it's a lot easier than believing someone actually likes this fucking song. Oh, and be sure to stick around for a 'comic' ending that delivers Love Guru-caliber laughs. -GD