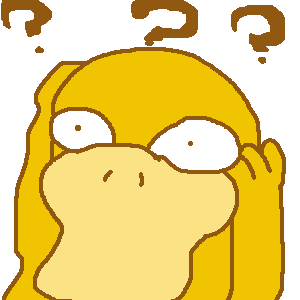 I am a fat out of shape white guy. Always have been, probably always will be. I'm sure there is a decent fat kid community on here, and I need their help. The other day a friend of mine, a fat black girl, was talking about the physical superiority of black people on all levels. I instantly challenged her to a physical fitness challenge, and Fatfest 07 was born.

Basically we are planning several events to take place towards the end of August to prove that black fat kids are not physically superior to white fat kids. I need help choosing events, maybe organizing if people live in the Albany area, but most of all I need training tips. As of now I have been jogging/walking a mile every day, doing crunches, push-ups, and I already ride my bike to and from work. What else should I be doing.

The events we have planned so far are a bike race, some sort of obstacle course, a speed lettuce eating contest (handless of course), the usual gym class stuff (sit-ups, push-ups, squat thrusts), after that we kind of lost steam, but we definitely need more. I wanted some sort of swimming race, but she claimed it was unfair because black people hate water.

It clogs your pores so that you don't sweat, where does the human waste sweat go? It stays clogged in your body for longer than it would have otherwise, poisoning yourself a tiny bit. Nothing you'll notice, but when you are old you'll wonder why you feel so shitty all the time and your organs are failing and really it'll be because of this and a thousand other little things you did in your life you thought were harmless.

Also, don't put too much stock in the FDA as they don't know much and are slow to react. The anti-trans fat craze has been everywhere because the FDA just made a regulation that it is bad and all foods containing it must be labeled. Many people, scientists, nutritionists and the like, knew that it was bad at least a decade before this year but of course, as usual, the general public thinks you're crazy until the FDA agrees makes a decree throughout the land. I could think of a few other things that are bad that the general public thinks are ok and that someday there will probably be an FDA regulation for, but I dare not mention any, no one likes to be told that something they thought was healthy all their life really isn't. Not that anyone thought trans fats were healthy, but anywho....

Tangent: everyone acts like they know everything about health and medicine or at least has faith that some scientists or organizations currently in existence knows everything about health and medicine. You know how medicine was 1000 years ago? You know, with the blood letting and casting out spirits and all that bullshit? how much more advanced do you think we'll be in another 1000 years from now? I'm sure they'll look back and say in their future speak, "Damn, everyone was killing themselves with their diet back then. How could they have been so ignorant?" Not that I claim to know everything either, I just think it's annoying that when someone has a new idea about heath, the ignorant public says they're crazy and that if the FDA and their pediatrician doesn't recognize it then it's not "real" medicine.