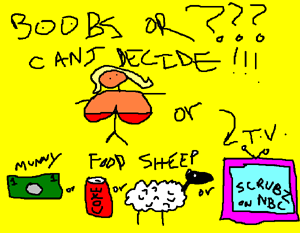 Okay fuck it; if I become "weird internet girl" for asking about this then so be it. This is seriously the weirdest/grossest thing that has ever happened to me.

Yesterday (Wednesday), I was using the restroom when very suddenly I passed something completely unexplainable. From my vag. It was about 2 inches long, and inch wide, pristinely white, and shiny/wet looking. It was solid and felt a little rough passing, much like pulling out a dry tampon. I don't believe that it was a tampon because

I was honestly too shocked and horrified to get a good look at it, but I do know that there was no blood before, during, or after the passing, and it passed pretty quickly. My stomach has felt pretty weird since the bathroom trip from hell. It either hurts sharply, feels bloated, or feels very heavy. I've had very little appetite since the btfh, also.

I guess you probably need a little background info. I'm a 20 y/o white female. I have an active sex life with one partner and have never been pregnant. I currently am taking 75 mg of Effexor XR, 300 mg of Wellbutrin XR (I'm transitioning from Effexor to Wellbutrin), 50 mg of Atenolol for Mitral Valve Prolapse, and 10 mg of Ambien as needed.

What the FUCK is going on with me?!

I was with a girl the other night who has genital herpes. We did not have sex, but I did finger her. I am concerned that I could have caught it because I have a cut on the tip of my finger that I was using to finger her.
Is this possible?

Basically, if I'm hard and I kinda push down on it, my cock will crack like a knuckle. It doesn't hurt at all, and I realize there's no joint there, so I really have no idea what's going on. I can only do it once every day or so. What the hell is popping and is it bad news bears?

So I have three friends. One's Evan, the other Doug, and a girl Jane.

Evan is gay. Doug was molested ages eleven through fifteen by a man. He avoided the molestation during a brief relationship with a girl that ended some time ago. Doug has stated many times he likes gay sex, goes on gay chat cams and the like. He hasn't really done much with a girl and his experience with a guy has been limited to the molester from our understanding.

Jane and Doug are extremely close. Their relationship reflects a mother-son relationship and is actually somewhat creepy to witness. He must hold her when they go out and doesn't go places with us without her. He is extremely dependent on her.

Evan and Doug started hooking up just recently. We all have sleepovers and they do stuff. It's happened three or four times. The relations are kept secret and Doug doesn't say anything to anyone. Evan has told us though. You wouldn't be able to tell they hooked up unless Evan tells you.

Just yesterday Doug was hitting on Jane and Doug made out with her. Jane was not all up for it but allowed it just because it was so shocking and sudden. Later on during that sleepover, Doug and Evan started to hand job. Doug and Evan were on the bed and Jane and I were on the floor. During the hook up, Doug would hold hands with Jane. As Jane noticed what Evan and Doug were doing she moved her hand and Doug began to caress her hair. Evan and Doug continued to hook up with Evan being unaware of what Doug was doing. As things progressed and got more intense Doug would squeeze Jane's hand tighter. Doug would make extended eye contact with Jane as Evan gave a blowjob.

What the hell does this mean?