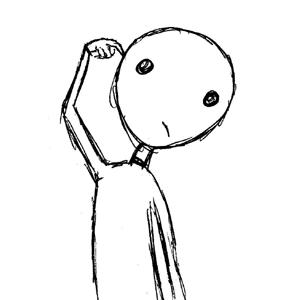 Person A finds out that person B did something incredibly sexually exciting once in the past that Person A is really interested in doing with person B.

Person B is no longer interested and/or has animosity for the sexual act they took part in the past.

What would be the optimal way for Person A to handle the situation early as to not lose deep emotions and a connection to Person B?

But how does one just get over it. Its sorta in the same vein with people who somehow think that their partners were virgins until meeting them but more about the act than the persons they were involved with.

Its the inadequacy and the inferiority that comes with it thats trying to be dealt with, not some selfish attack on a partner as if their ulterior motive is to try and make Person A feel like crap.

Well I could understand that, but the reason I would think inferiority/inadequacy were involved, was a common reaction to not getting something someone figures they were entitled to is to question one's self before the situation. I could imagine that if I was in love and married/very involved in a relationship that it might get my goat if I find out my GF/BF had done something in the past I was very interested in but now doesn't do it anymore. You'd have an immediate reaction to finding out something like that, especially like in the movie (regarding having a threesome with 2 men) especially people who really put their partners high up on the pedestal.

First of all, I have no problem whatsoever with homosexuals. To each his own I say.

Why is it though, that SOME gay people all have to "act" gay? Why does something that should really only affect what goes on in the privacy of your own bedroom seem to change everything about someone? They start speaking in a completely different voice, their body language completely changes, and some of them feel the need to share just how gay they are with the entire world.

Straight people don't do that. Sure, we have plenty of sex with women, and we talk about it with our buddies from time to time, but we are not really concerned with broadcasting our sexual orientation.

Can anyone tell me - What is the deal with gay people?