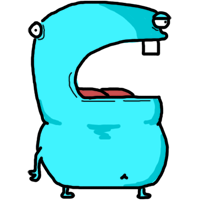 I proposed to my fiancé a few months ago, and his response was "Sure, we can get married. We don't have to have a wedding though, do we?"

My fiancé, J, is a wonderful guy, but he has some social issues. He doesn't like interacting with large groups of people (although he's okay in crowds of strangers, like at a concert or the zoo), is uncomfortable in many social settings like parties, and can't stand formal ceremonies, especially ones with traditionally religious backgrounds.

I'm not very sad about missing the wedding - sure, I'd get to wear a pretty dress, be surrounded by my family and loved ones, and be the center of attention, but on the other hand it would be pretty damn embarrassing when the groom didn't show up.

The questions come up because I've never thrown a (successful) party before. We're going to have it at a nice venue where we can serve really good food and drink, and mingle. No dancing - J wouldn't dance (not even with me), and I don't want to end up with music playing while everyone sat awkwardly around the dance floor.

TD;DR Version: My antisocial fiancé and I want to get married privately then have a small, fancy reception with about 25 friends and family. What's the best way to throw the party, invite people, notify people who aren't invited, etc?

Going straight to the point. I live in Hawaii, and my girlfriend is going to her home in Michigan for a few weeks. She just told me when she goes she has a chance to have sex with a girl over there. She tells me, she wants to take some kinky pictures, but theres a big chance, the girl might come onto her and will want to have sex. She says there will be pics if they do.

Help me out fellow goons. I know you're all experts in this field :P

Tell Me About Dealing With Social Ineptitude Due To Asperger Syndrome

Here's your scenario. I'm 19 years old and graduated from high school in 2006. I'm heading down a great academic path, on my way to college. Still living with my parents, but I plan on moving out when I'm socially and financially independent.

There's only one problem here. I've got Asperger Syndrome. I'll make an Ask Me thread about it later. One of the problems I've got to deal with with this disorder is the fact that I'm an involuntary social hermit crab. I tend to be brutally honest, stubborn as a mule, rigid in my thinking, horribly impatient and a total bitch in general.

Trust me, I do try to talk to people, but most of what I say comes out wrong and people get their panties in a bunch over something I didn't mean any offense about. Either people are too fucking sensitive nowadays, or I'm being a bitch and I don't even know it. I'm going insane from not being able to talk to people where they can understand what I'm saying.

My question to you, A+T goons: How the hell can I socially interact without pissing people off, looking like a jackass, etc. ?