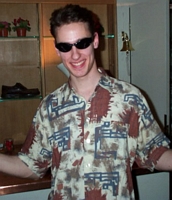 The Local Insane Arcade junkie is not a hard creature to spot. Always adorned with some combination of a Hawaiian Shirt and sunglasses, despite temperature or light, the local insane arcade junkie is not just amazing at Dance Dance, but at every game. If you decide to take him on at Tekken, Street Fighter, or Super Fireman Racer Bang (Japanese audiences only), the results will be exactly the same: You fucking lose. He is a master of the electronic arts, and packs more quarters than a game of Football. Although football games only have four quarters, you should still figure out the point of that last statement, which has escaped me at the moment. He isn't in the game for the money, or for the fame. He plays it because he has to. He plays the Dance Dance just because it's there. The best technique for taking down this opponent is to simply point out the newer, fancier Sega game in the corner. He will divert his precious resources to watching that, and victory will be ripe for the taking. 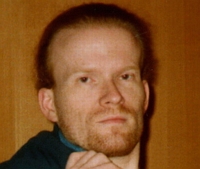 Often hanging in the background making snide remarks about how stupid and gay people look while playing Dance Dance, these people often decide to step up to the plate in a brief moment of weakness. Be it sheer curiosity, closet homosexuality, or their need to be the best at everything, they will play the game exactly one time. No more, no less. While playing, they will purposely be as slow and awkward as possible, all the while talking about how they're too manly to play the game right. When it is over, their pride will be so crushed by their loss that they will never set foot on a Dance Dance mat again. However, they will claim the reason for this is that it made them feel like "a fucking fag" and that the game is "for fucking fags." Defeat this lovable character by saying he looks like a fucking fag, and perhaps convince the Flamboyant Homosexual Man to give him a wink. Victory will be yours. 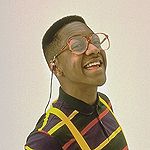 Back in his upper-middle class suburban home, he seems like any other teen. But when he's surrounded by skinny and fat white men in an arcade, he suddenly becomes the Jive Talking African American Nerd. A smart, promising young lad with aspirations and dreams, he never had an opportunity to live the thug lifestyle he always wanted. Now, suddenly imbued with a flare and power he has never before felt, the nigh super-human man will spontaneously and randomly transform into jive talking, break dancing, Krystal drinking bling bling nightmare. Ninety nine percent of the time, when approached by an actual colored man, they will shy away terrified. They tend to be overweight, as well as surprisingly uncoordinated for an African American. Despite this, they can "Bust up the floor, yo" when the Dance Dance is hopping. Defeat him by stating that you are one quarter black. They will instantly award victory to you, and shout "So that's where you got it from!"

Freestyle Moves: Backflip, kung fu, handstands, any number of other moves that will make you look like a pathetic wiener in comparison.

The Ten Year Old Asian Girl is probably the most difficult opponent you will encounter in your Dance Dance Career. Seemingly an innocent little girl, she has feet of fury and a thirst for destruction. Your destruction. Somehow a master of both the deadly and erotic arts of the dance by age ten, the girl is impossible to follow. An enigma, the ten year old Asian girl will appear from nowhere when a crowd forms around the Dance Dance machine. After undeniably trampling over all competitors, she will giggle, say "Sank you!" and run off into the wind, never to be heard from again. Until the next time, that is. Giving you a strategy to defeat her is pointless, because it is simply impossible. Anyone who says otherwise is a dirty liar and most certainly deserves death.