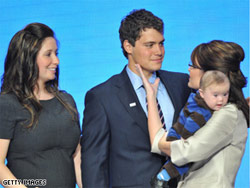 hell yeah get trod out of here and the three of us can get down and you can put some star wars ships up on the blue screen or we can be like doing it in the doppler zone or whateverSo I ran into the hospital and the nurse was like "OH FUCK WHAT HAPPENED YOU HAVE GLASS IN YOUR HAIR AND YOUR ALL BLOODY AND WHY IS THAT BABY IN A PLASTIC BAG" and I was like "nope fuck that where is my girl?????" And I grabbed the doctor who was an indian and said "Chief Listens-With-Stebthoscope where the fuck is bristol????? Heap wampum my baby is gonna be fucking born and I'm gonna miss it because your hospital is so fucked up!!!"

Indian doctor realized what the fuck was up and he pointed down the hall to the momternity ward and I ran like hell. I got there just as the new baby fell oug and I grabbed him from the nurse and put him in the bag with trip. The nurse and doctor in there were like "what the fuck is up??!?!?" and I was like it's cool I'm the dad but then the nurse pointed to the baby and I saw what was up. The new baby was still plugged in!

I tugged on the cord but bristol started yelling and then I looked down and saw all this blood and realized that...the plug was going into...bristol's cooch...I. Goddamn I'm burping like crazy to keep from upchucking here. I started to get all light headed like that time I got hit in the face with a slapshot and had a cumpcushion. I think as I was falling I'm pretty sure I saw an outlet inside bristols cooch that was all tore up and wide open, but maybe I dreamed that shit.

Either way I fell and would have busted my head wide open because doctors don't know how to unplug shit in advance but then luckily my head landed right on the bag with the babies in it. Close one! Don't want to end up dumb or some shit like turk. 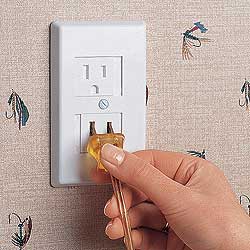 It looked kinda like this but red and made out of meat but there was definitely one of those three-prong plugs.Annnnnnyway when I woked the fuck up mrs. palin and todd and willow and that little kid were all there. Willow was looking hot as hell and I said something like "never have no babies it will mess up that sweet pussy" and everyone flipped out. Whatever. They had me on drugs.

So what the fuck are we gonna name this fuck? I asked when I went to see bristol and she was like I got a name it's Tripp like what you did get it and I was like "what the fuck? don't we already got a baby named that??!?!?!"

Bristol said nope the old baby is named something different like top this guy will be tripp. And I was like what about easton like the hockey gear that was the name I wanted??? Or mitchell named after the hockey equipment company???? Bristol was like calm down Levi those are his middle names.

Tripp Easton Mitchell Johnston. I guess it could be worse. I could have let Todd name him.

That faggot wanted to call the baby Todd. No shit. I told him straight to his face "todd is a fucking douchebag name you douchebag" and I shoved him into the drinking fountain. He looked all pissed off and I just said "why don't you drive a snow machine about it you fucking baby" and he got even madder and I was like "WHAT?! WHAT?!" and faked him out with a punch and he flinched like a bitch.

So everyone always said that me and bristol won't make shit out of our lives because we both dropped out of high school, but guess what? We made a not retarded baby. How about that shit? A normal fucking baby with just some of what they called feedle alcohol syndrome which I guess like half of babies in wasilla get so it must be some shit in the water or something. And as for a job, it turns out if you are a badass like me you can get People magazine to pay a shitload of fucking money for a bunch of stupid baby pictures. 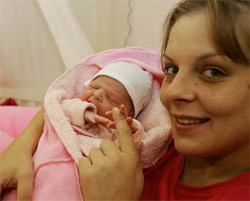 is it tripp? I don't know all these babies look the same. Actually fuck no it isnt that baby is wearing some pink faggot shit and that bitch is nasty as fuck I wouldn't face fuck her with todds dick.300,000 bucks to be exact. Cha-ching! More than enough to buy a new jeep and even get some side airbag shit in case the new baby bounces sideways instead of frontwards like trig. And don't tell people magazine this, but one baby picture is the same as the other baby picture once you put those little beanies on them. They are all ugly as hell, looking like my ballsack after I get out of the hot tub.

Hell, at that kind of money, the way I see it me and bristol can have a baby once a year and never need to work or nothing. 300,000 bucks will buy you a pretty sweet house in wasilla, especially if you got your friends who are building the skating rink to build your house for free.

Anyway, I guess that means this shit has a silver lining. 2008? See ya, wouldn't wanna be ya. Got some great gash that year, totalled two jeeps, got to see mrs. palins butthole one time when she bent over wearing nothing but a towel, and had two fucking babies. Oh and I got engaged and sherry johnston got arrested. So adios 2008.