For as long as I can remember, roughly three days and counting, the American public has had a love affair with its celebrities. Being both of legal age, one would think a consenting relationship between America and celebrities would be a beautiful, natural thing. One is fucking wrong though, and he should stop being consulted all the time on these matters. In reality, the affair is rife with turmoil and rockiness, often caused by America's forgiving, trusting nature. Famous people take advantage of this, wildly gallivanting around behind America's back with other, sluttier countries and smoking "doobies." It isn't so much our prestigious, ultra-popular superstars that are doing this to us. They tend to keep a family friendly image, in order to viciously rape us of maximum profits throughout their tenure as a beloved icon. No, it's the minor celebrities that are the ones we have to watch out for. The wild ones aren't sitting on a Hollywood back lot. They're the Oksana Baiuls, the Robert Downy Juniors, and yes, even the obscure Paula Poundstones of the world. Pathetic loser celebrities who you would forget in an instant if they weren't constantly doing something incredibly stupid and illegal for your entertainment. Always running afoul of the law or of some activist group, these are the celebrities that it hurts to love so much. But showing America's "Never give up, even when it's stupid to go on" attitude, America lives for the abuse, and will always have its infatuation with monitoring the lives of minor celebrities.

Recently, many faces that you kind of recognize, and names that probably sound familiar for some reason have all been popping up in the newspapers with headlines that read "What's his name indicted" or "Scandal for that...guy!" Such controversy is common and quite uncontroversial these days, but the public still laps it up like the dogs they are. But with all the goings on and what have yous of the "real" news, this celebrity news often slips through the cracks of some unfortunates. In a continuation of an article I wrote last week about the top celebrity deaths, this article will be about these celebrities that have been making headlines lately. Since everyone who reads this page is pretty damn unfortunate anyway, it's safe to assume that many of you may need a rundown on what's been going on in this seedy world of misdeed. You all probably have all heard this stuff already, so these stories will be constructed of ninety percent previously unheard material, commonly referred to as "lies." 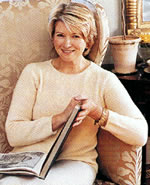 Today's show: Creating mayhem, out of wicker.The queen of all homemakers has recently faced some trouble with the Great Satan himself, the US government. Apparently, it's "against the law" to illegally misuse large sums of "money" for one's own benefit. But financial problems are just the icing on the giant, lavishly decorated cake. Martha's crime empire ran far deeper than that. Secretly, all the money she made throughout the years went to funding a most powerful and terrifying army of the night. Combining the two deadliest forces in nature, bears and fire, she created an army of flaming bears with the intent to take over the world! Unlike normal flaming bears, these weren't the gay, bearded human type. Unfortunately for her, those would have been much more deadly, as her plan simply involved dousing a whole bunch of malnourished koala bears in kerosine and lighting them ablaze, all the while shouting incoherent attack commands in her native language of "crazy bitch." Fortunately, jokes about Smokey the Bear were made prior to trial, and the crime was downgraded from "Inhumane" to "Cute." While no punishment has been set, or guilt proven, we feel it would be a fitting end to her electrifying career if she was given the chair. 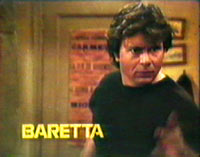 Robert Blake. Not pictured: Murder.Blake, washed up star of such poorly remembered shows as Baretta and nothing else because he had a pathetic career, murdered his wife because she was a demon. Probably. It's that same genius logic that got him caught by Police before you could name the people who remembered him. That's fucking quick. With such an overwhelming amount of evidence against him, it's no wonder this story was in and out of the public eye so quick. However, because of all the attention and interviews, Blake considers this a strong point in his career and is considering piggybacking on the whole "Murderer" thing to skyrocket him back to success! It worked for distinguished TV celebrity Charles Dutton, star of the runaway success of a television show "Roc," so why not for him? We'll let the jury decide his fate though! 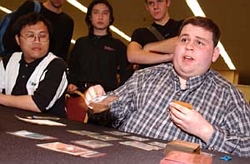 This hillarious image showed up in google when I searched "Steve O"Jackass star Steve O recently turned himself in to the police after a warrant was put out for his arrest. Note that he did not actually turn himself into the police, seeing how a transformation of the sort is physically impossible and would require some sort of wizardry. His colorful stage show, which involved stapling his balls to his leg, earned him a charge of indecent exposure, and thus began a nationwide manhunt. Well, also there was that whole second degree battery charge, but most television networks tended to ignore that because the saying the word "balls" guarantees ratings. In addition to these crimes, his track record includes one, if not all, of the following: Criminal stupidity, public stupidity, possession of balls with the intent to staple, and teaching the world to smile again. He is considered stupid and dangerous. Dangerously hilarious, that is! 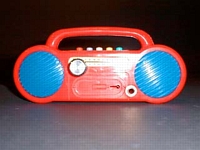 Artist's concept of Opie and AnthonyOpie and Anthony are widely considered the funniest of all overrated DJs in the world of irritating radio banter. Their show is shocking and controversial, or at least it would be if this was the year 1957. This earned them the title of "controversial shock jocks." Mostly, the program is just a bunch of guys talking and saying the word "Boobs," an act which has earned them national fame and success. But now, they made the mistake of their careers - they crossed the crazy nutballs known as the Catholic League! Offering money to couples who are willing to have sex in risky places, the pair was linked to a couple who was bumping reproductive organs in a very large, very holy building in New York. Many people thought this was wrong because sex is the tool the devil uses to drive nails into the coffins of people around the world. No, wait, that's a hammer. Sex is just plain wicked though, and you can be sure that sex inside a church is tantamount to handing Lucifer the keys to your soul and saying "Don't scratch the paint job!" The Catholic League decided to step in and do everything in their insane power to shut down the radio personalities for the crime of being barely responsible for the idea. As far as crazy religious endeavors go, this was a wild success. Both Opie and Anthony were fired, a powerful victory for crazy people who can't take a joke everywhere!

As the days pass, many minor celebrities will come and go. But the ones we will remember most fondly are the ones who get in trouble with the law. Ten years from now, you'll look back on this day and say "Wow, remember that guy who stapled his balls to his leg? I can't believe we found that shit entertaining." Then you'll think about all the hours of entertainment that these people have given to you, and you'll sit back in your chair and smile. Then later, you'll wonder why you remembered that instead of a happy memory with family and friends. You'll soon realize you have none and become intensely depressed.