The Goon Ckrew™, not to be stopped by simple IP bans, used various spoofs and internet magic to continuously create more accounts and terrorize the studio. Of course "terrorizing" was easy to do when the mods would ban someone for: 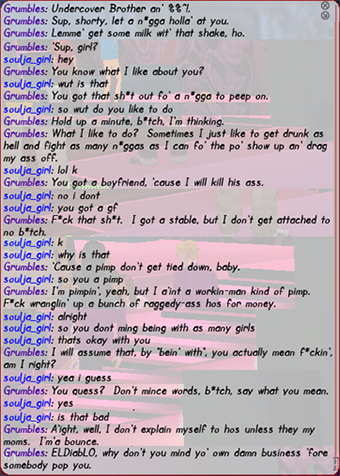 This entire chat took place in front of "Moderator6"It was almost impossible not to be banned as the mods were trigger happy with their fingers hovering over some ban button. At least I think it is a ban button; I am not really sure what they use -- perhaps it is some kind of ban joystick or maybe even a switch. The goons managed to get themselves banned roughly 71 times for everything from threatening people to standing around.

Mediocre_Dane decided to try something a little different and went undercover and see if he could infiltrate the community for more answers on how to blend in. Mediocre_Dane managed to degrade women and men alike in front of a mod until he told one player to "mind yo own damn business 'fore somebody pop you". Degrading women is all hunky dory but once you make a round about threat you are banned outright.

Sorry that you have to read this part of the article in such a small space but I really wanted to include the chat log on the right. In fact, I hope you read the chat log first as I pretty much ruined the surprise in the previous paragraph. I thought about putting it on the left but that didn't look very good since last page I had Tyra acting like an idiot on the left. Life is a balance, you see, and I try to keep my articles nice and balanced - but never funny. I would also like to apologize for writing this entire paragraph about the structure of my article.

I tried to think of who would actually play a game this horrible. The community doesn't seem quite crazy -- just absolutely stupid. I am glad that they use this game as their medium for social interaction as I would never want any of them to breed. However, I came up with a couple of groups that could fit the bill of who would endure this crap seriously. 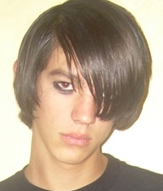 I am surprised he hasn't cried off all that eyeliner yet.Confused Teenagers

Don't get me wrong, I am happy that these walking balls of internet memes and Chuck Norris jokes play this game. In fact, I wish everyone under twenty only inhabited Tyra's Crappy Studio instead of online games that I would otherwise enjoy without their presence. Of course the trade off would be a sudden flood of people interested in Tyra Banks and we really don't want that either.

Like most places on the internet, Tyra's Virtual Studio is a haven for sexual predators and pedophiles. Roughly one eighth of the community are either preteens or barely on the cusp of puberty and the remaining seven eighths consist of older men constantly hitting on anything that moves.

Only children could find this horrible piece of programming entertaining though I would credit most kids as having a short enough attention span to go shoot something instead of chatting in a 3D advertisement to the Tyra Banks show. Creepy flirting runs rampart in the studio and since there would be so few kids that logically only leaves old pedophiles as the remainder of the community.

Since it is nature for internet chat rooms to populate with pedophiles and kids who have a hard time spelling "baby", this scenario seems more likely than the other two. We don't like to mix these two groups in society but it will all be worth it when Chris Hansen instructs Tyra Banks to "have a seat". However, until that day comes, we are stuck with this horrible excuse for online gaming. 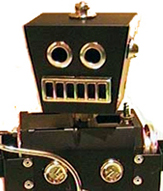 Robots are bad ass and if you think otherwise they will rip your god damn face off.

This may be a bit of a stretch but perhaps the community is nothing but a bunch of robots spitting out slang and embarrassing cliches. I really want to believe this is true for the sake of my belief that humanity isn't becoming a giant tub of stupid. Though this makes me feel sorry for future robots that will have the capability of understanding and look back on this day regrettably.

Slaves to Kyra's media regime, these poor bastards would be stuck in a never ending virtual cesspit. Due to the fact robots cannot feel emotion, their otherwise self hate would only be expressed in brutal human massacres during the robot uprising. Thanks for ending humanity Kyra.

Actually, you know what? I have more respect for robots to clump them into a group next to pedophiles, preteens, teenagers, and Kyra Banks. Sorry robots, forget this ever happened and please don't crush my fragile human skull in the inevitable robot rebellion some time around 2500 AD.