The 10 Most Awful Museums to Visit This Summer 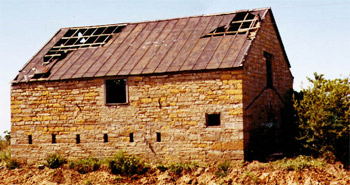 This permanent exhibit tells the story of the stone barn Adam Legler built along the Santa Fe Trail.

This isn't even technically the original Legler Barn. It was originally built in 1864 and then reconstructed in a different location in 1983. Guided tours are available in case you're worried about getting lost climbing the ladder to look in the hayloft. 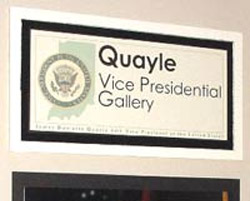 Includes an exhibit of artifacts covering all vice presidents, but the star attraction is the Quayle Vice Presidential Gallery. This exhibit "follows the life of Vice President James Danforth Quayle from birth through his current pursuits." Sections in the gallery, and your likely reactions to those sections, include:

Meeting Marilyn - "Oh, I thought he met Marilyn Monroe or something."

Vice Presidential Years - "It says here he was acting President for nine minutes when Secret Service lost track of George H.W. Bush in a corn field."

Relationship With the Media - "I wish we were at the Murphy Brown museum."

The Dedication of His Vice Presidential Sculpture - "Hey, was that Applebees at the exit we took to get here?" 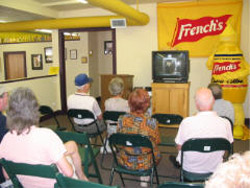 The Mustard Museum's website claims over 4,900 mustards from 50 states and 60 countries, a collection of vintage mustard advertisements, and mustards of historical importance.

What, do they have the mustard Hitler used in his secret egg salad recipe? Nein!

This operation is just a front to funnel tourists into the mustard-themed gift shop. It's a good thing they sell some mustard, because in the museum you aren't even allowed to stand close enough to read the labels. Hey, just be impressed by the total number of mustards, bro. 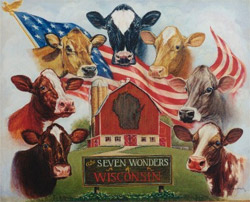 If you've had your fill of mustards then you should cruise on over to the National Dairy Shrine and chug a cool glass of boring. The Shrine promises, "The sights and sounds of dairy farming of the past, present and future."

That's right, Timmy, by the year 2070 cows will just be a brain-dead sac of milk-producing organs grown on a nutrient matrix and stored in racks in a refrigerated "fun barn".

The real gem of the Shrine's extensive gallery of dairy-related equipment is the world's largest collection of cattle inseminators. Drink up, kids!