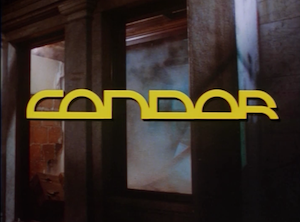 Overview: An extremely smug maverick cop teams up with the least robotic robot ever in order to stop some lady from being too British, and possibly taking over Los Angeles, or blowing it up, or something.

The Case For: Includes lots of obvious "fade to black for commercial" moments from its previous life as a failed TV pilot, so you could splice some beer commercials in and then there'd be something worth watching.

The Case Against: Completely negates the last 50 years of feminist progress in the first 12 minutes. Extreme smarm of the protagonist will probably make you punch a hole in your television. Inane technobabble will overwrite any of the facts you haven't already forgotten from high school science class. 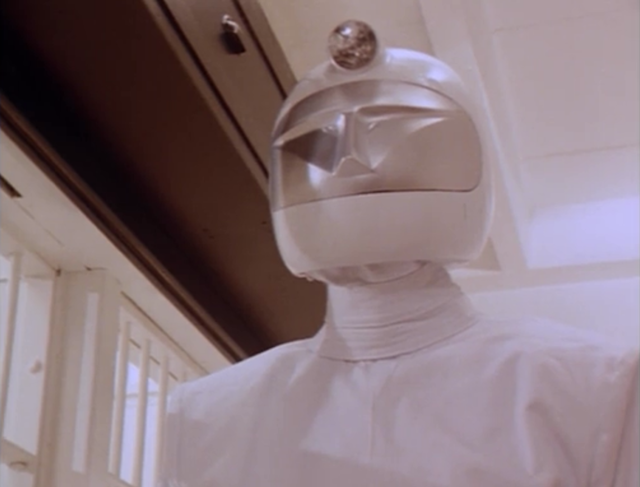 You know those ridiculous, cheezy, Jetsons-esque World of Tomorrow cliches of people in the 40s/50s fantasizing about the amazing high tech futureland of 1990s America where we'd all be camping on Mars with our sleek, obedient robo-wives and hover toasters and wise-cracking AI neighbors? Condor is kind of like that, only filtered through the even more delusional mind of a coke-ravaged, burned-out Hanna Barbara spin-off cartoon writer in 1986 and slopped together as incoherently as possible into an outrageously crappy TV pilot.

Starring Ray Wise, of Twin Peaks, "walk-on in every shitty TV cop drama ever made," and "Big Ass Spider" fame, the lovely and dynamic Carolyn Seymour (who you'll remember from timeless classics such as Mr. Mom and the straight-to-video Mortal Kombat movie sequel), and the big guy himself, Uncle Phil (James Avery), who is probably the most famous person in this movie despite barely being in it.

The entire plot of Condor revolves around a British supervillain bringing the US government to its knees by figuring out that every important computer in the country uses the same password (except the military, they changed their one password, but the LAPD couldn't do the same thing because question marks). Enter indomitable hero cop Chris Proctor - like any respectable loose cannon 80s cowboy, Proctor is a bitter, woman-hating prick/rage-fueled husk of a man on his very best of days, but damnit, sober or not, he gets the job done.

Oh sure, he might not do everything "by the book" like some spineless card-punching bureaucrat, and yeah, once in awhile maybe a Christmas parade here and a busload of orphans there gets a little exploded in the process, but if that's what it takes to get his (wo)man, so be it. This isn't your naive little sissy boy scout unicorn fantasy fireside marshmallow singalong at Camp Feelings, this is the mean streets - the future mean streets - and when there's a genomically-augmented transhuman scum-keg lurking around every corner just aching for a chance to comp your Bubble Yum ass a one-way ticket to stiffsville, the so-called "rules" don't mean diddly-holoshit.

Proctor also tragically suffers from Murtaugh Syndrome - a rare genetic disease which renders its victim increasingly curmudgeonly and technophobic, until one day they just start involuntarily grumbling things like "I'm too old for this shit" and "I ain't young enough for this shit anymore" and "my age used to be appropriate for this shit, but now it isn't," before ultimately drowning in a malodorous cocktail of their own liquefied organs (not shown). It's good the whole three seashells thing never caught on in this future, or the movie might've ended with a belt and a ceiling fan in the first five minutes. Wait, that would've been awesome.

Then again, you can hardly blame the guy for being a bit of a technophobe in a world filled with trashcans that instantly disintegrate any/all matter that touches them and have absolutely no safety features like, you know, some rails or a "DO NOT TOUCH THIS, IT WILL BLAST YOU TO SMITHEREENS" sign or something. They must go through janitors pretty quickly around the CONDOR office, and the job description probably involves a clause about sweeping up the sizzling ashes of your predecessor(s) and dealing with the odor of charred human flesh soaked into all the carpets.

Of course, no shoddy 80s sci-fi buddy cop romp would be complete without a precocious ape, dog, and/or plucky robot sidekick, so enter Hampton: the least robotic robot in movie history. Proctor begrudgingly meets his new partner Hampton, and the rest of us learn a valuable lesson about how the only way a woman can ever measure up to a man in the workplace is if she secretly has a titanium skeleton that allows her to beat him at arm wrestling: