Curse of the Zodiac 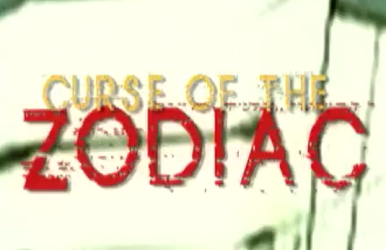 Overview: In 200 years, when somebody finds a copy of this movie at the bottom of a smoking radioactive crater, it's going to be the first "found footage" to be unceremoniously thrown back.

The Case For: If you've ever wanted to see what would happen if you coated some film in neon-green diarrhea and threw a camera down the stairs into a poorly lit whorehouse, look no further.

The Case Against: A drunken mash-up of all the worst flunkout student films ever made would still be a much better movie than Curse of the Zodiac. Also, we're pretty sure if you tape your eyelids open and strap yourself into a chair to watch this, you will become the Manchurian Candidate. 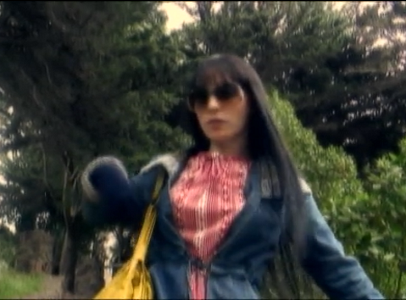 Hydrogen: Weighing in with a blistering 1.3/10 on IMDB, Curse of the Zodiac is mainly a psychological study of one disturbed man, a damaged and psychotic loner reviled by most and yet prolific in his dark trade.

Hydrogen: This is the story of Director Ulli Lommel, a man who secretly filmed a bunch of couples having incredibly fake and boring arguments, then dubbed over it with confusing rants about how they're all "fat fucks" and "bitches," and then - worst of all - decided to call the end product a movie.

Trillaphon: Zodiac is a genre unto itself - a genre we like to call "Sharthaus", which consists mainly of life-ruiningly awful cinematography, insane, rambling German guy voiceovers, putrid radioactive barf-green lighting in every scene, and of course some very liberal helpings of shit like this:

The movie you have tried to dial is too high. Please hang up and try again.

Hydrogen: You might think we cherry-picked that scene, but the entire movie is pretty much a twisted labyrinth of spinning, out-of-focus cameras and pointless gibberish. If you are stupid enough to watch Curse of the Zodiac the whole way through, you'll fondly remember it as 82 of the worst minutes of your entire life.

Trillaphon: Stepping into a medieval torture chamber for a quick session in the iron maiden would be a refreshing and delightful change of pace after watching this. Speaking of which:

Trillaphon: That guy is the best actor I've ever seen, assuming his direction was "Okay, you're Joaquin Phoenix having a fucking stroke at a piano, and...go."

Hydrogen: I like that for once, Zodiac is on the side of good here. He's going to stab the shit out of Rainman there and that woman on his couch will be freed from her life of constant terror, trapped in the Autism Lounge and Dungeon-Cabana.

Trillaphon: She thinks listening to that is torture, but she hasn't heard the rest of the Curse of the Zodiac soundtrack.