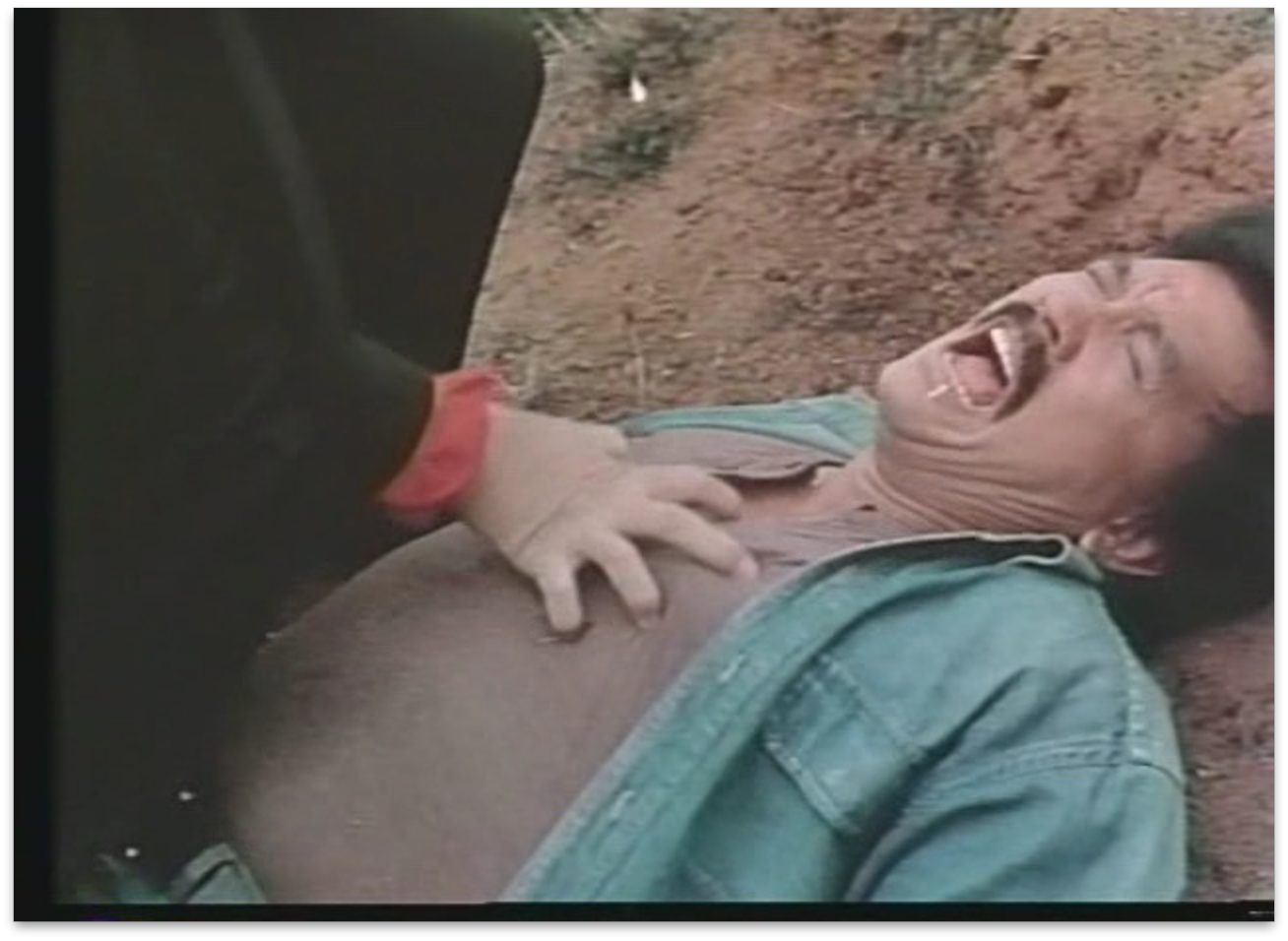 Satan unleashes his most diabolical power: the fearsome titty twister.

"I will fight you...as a mortal!", Satan proclaims, as he gets ready for some fisticuffs. Man, what is it with movie Satans and hand-to-hand combat? At least this version is better at it than Mestema was, though that might be because he cheats by teleporting around constantly. Lando gets his ass kicked good and thoroughly, at which point he starts whining to God for help. Because this is still a Christian movie, God answers his prayers and bestows on him the holy power of green. Satan tries to summon his sexy servants to help out, probably hoping the one on the right can club Lando to death with her giant eyebrows, but Lando waves his stick at them and they explode.

Satan and Lando battle stick vs. pitchfork for awhile, exchanging magical explosions and starting brush fires with their minds, until finally the titular moment arrives. True to the rest of the film, the climax is a disappointing, jumbled mess involving lots of bizarre special effects and raygun sounds:

Because of whatever just happened, Satan is vanquished. Lando frees his daughter, and they head for home. Actually the movie keeps going for a while, with some sort of supernatural hurricane threatening the village and Lando finding an odd-looking figurine, but this is The Killing of Satan and Satan is now dead, so it's physically impossible to care about this epilogue. This time clearly would have been better spent answering questions such as: Did Satan have a life-insurance policy? Some sort of succession plan? Nobody ever accounts for Satan's estate, but there's millions of damned souls who depend on his administrative skills every day. These are crucial loose ends!

The only conclusion we can draw from all this is that this movie was bankrolled by Satan himself, as a cunning ploy to convince the world that he's dead. Don't believe his lies, people! Satan lives! We can only pray that the Rapture happens before he gets around to producing a sequel.