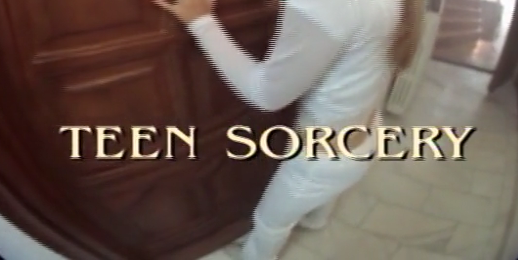 Overview: Two teen girls, each possessing half of a amulet with incredible yet vague mystical powers, duke it out to become the most popular girl in school by way of magical hijinx, including (but not limited to) pizza summoning, plagues of insects o'er the land, and beseeching the dark lord Satan to move the math test to Tuesday.

The Case For: Technically family-friendly and yet incredibly stupid at every turn, so you can invite over the neighbors you hate for a night of family fun and then use this to destroy their annoying kids' precious little minds.

The Case Against: Shocking and realistic portrayal of supernatural bullying, so you might have flashbacks to that time in high school when the seniors used to haze you by putting infestations of things in your lunch popcorn and blotting out the sun with clouds of locusts when it was field hockey day in PE. 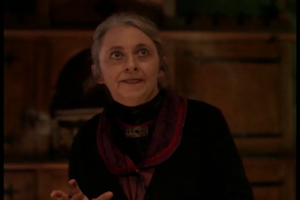 Ah, Canada and Romania, two countries that just go great together. What other nations on Earth could set aside all of their mutual differences in order to churn out some of the worst kids' movies ever put to VHS? The last time we encountered the illustrious Canarom Productions was of course the inimitably psychotic Shapeshifter, but did you know that they vomited out a grand total of six movies, all in the course of a single year? Legend has it that if you watch all six of them in one sitting back-to-back, you reach a higher plane of consciousness and become one with the Buddha. We'll never know because we're sure as fuck not going to try that, but we've had a year to recover since our last encounter, so we're about due for another plunge into the depths of CGI children's movie hell.

Much like Shapeshifter, Teen Sorcery starts things out in the same sort of delightful Soviet-era Faketown, USA suburb used to train commies for the inevitable massive stealth invasion of Ohio or whatever. The action centers around good old Faketown High, which mostly makes us long for the heady academic atmosphere of VGHS, but hey, at least they get to have popcorn for lunch.

The school is terrorized by the resident popular girl and scion of the Dark Lord Beelzebub, Mercedes, and her standard-issue clique of personality-free cheerleaders, whose names are (presumably) Lexus, Portia, and F-150 Hemi. No wait, strike that last one, this place doesn't look like it's far enough south of the Mason-Dixon line for that. Anyway, Mercedes likes to use her unlimited dark powers to do your usual high school pranks and hazing, you know, plagues of insects, reanimated dead frogs in bio class, banishing people to some kind of netherworld, just your standard light-hearted fare.

Before the movie can develop into a social commentary about the dangers of supernatural bullying to the fragile high-school psyche, Dawn and her clique of tag-alongs wander into the local library, which is always a terrific place to run into old, cranky librarians who are also the mystical guardian of the amulet of real ultimate power or something retarded like that. The librarian delivers a performance that's a heady mix of Yoda and Gollum, except her Precious is an amulet instead of a ring, and she foists it off on the first mildly competent-seeming teenager who walks through the door. And so, with Dawn holding one half of the mystical amulet and Mercedes with the other, the stage is set for a witches' duel of epic proportions, or at least for some mildly stupid camera tricks:

Our personal favorite spell is the one that brings some random floozies along when Dawn makes that ponytail guy reappear. She must have learned that one from the same Hogwarts satellite campus that Mestema went to.