On Monarchs and Media 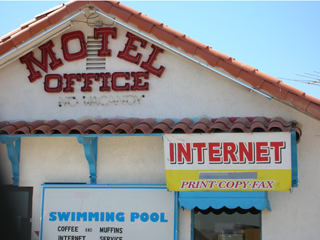 The most difficult part of being a professional Internet writer is dealing with simple daily distractions. Barrages of fan mail. Bushels of groupies. Second-degree scrotum burns caused by faulty Macbooks. Greater men than I have fallen to these foes, and so it is for my own health that I often try to escape the hustle and bustle of our digital downtown. I enjoy nothing more than renting a cheap flat in the Azores with intermittent electricity and a quaintly haphazard dialup connection. The more terrible the Internet becomes, the more I travel to forget it, and thus I am a migrant worker, an itinerant Internet laborer, driven ever onwards by the whim of the web.

And so last week I set my mettle to the pedal and found myself sailing up Interstate 89. I've lived in New England all my life, and the beautiful thing about rural Vermont is its raw, organic flavor. With no airborne pollutants to mask the methane produced by countless cows suffering from poor digestion, it's as if you were transported back to a primordial era, an ancient age when men were men and so were the women.

I was somewhere between Barre and Burlington when a vast bewinged beast arose from the darkness beyond my headlights. The scene slowed. I oozed through time and space, drawing ever closer to the flying figure before me. As it batted its gigantic wings and glared at me with malevolent, multifaceted eyes, I felt fear. 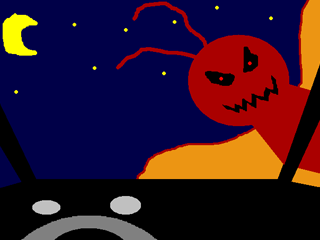 And then the massive monarch butterfly slammed into my windshield, pulverized by the Plexiglass into a large and shapeless stain. I breathed a sigh of relief. I had won. More importantly, I had finally killed a butterfly. The list of beautiful things which must perish by my hand had shrunk even shorter. Daffodils will soon learn the true meaning of pain.

As my windshield wipers smeared the tattered remnants of its fragile wings across my field of vision, I realized the butterfly could serve as a metaphor for the media. We are all cheap cars, hurtling through the gathering dusk, beset upon all sides by unseen enemies. After one foolhardy foe is illuminated, investigated, and obliterated by the spotlight, we relax, convinced that the danger is over, and once again begin gander and gossip. But I'm here to change all that by bringing you more news you never knew you needn't know. For this invaluable effort I require no thanks, but if you feel you must, a trussed up daffodil delivered to my door would certainly settle the score.