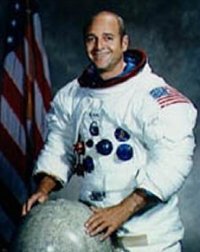 I do a lot of stupid things. I’m not sure if I’m just a stupid person, or if there is something wrong with my brain, perhaps due to an early injury, like when I fell off that pony at the state fair. Maybe I don’t know if I am stupid because I am too stupid to realize it. Oh man now my head hurts.

Regardless of the reasons, I have done a record-breaking number of stupid things this year, and would like to end this comedy season with a recap of my bloopers. You may wonder why I would want to display these embarrassing facts for thousands of people to laugh at. I’m not sure why either. I just like to do things and think about them later. Right now it feels like ants are eating my brain.

1. Wore my best fedora into a port-a-potty.

2. Ate 5 corndogs before riding the Tilt-A-Whirl.

3. Locked myself out of my apartment, and then set the door on fire to get back in.

5. Tried to milk a Rattlesnake.

6. Watched all 24 hours of “The Christmas Story” on TBS and suffered a major brain hemorrhage.

7. Attempted to create a perceptual energy machine and ruined my stereo. 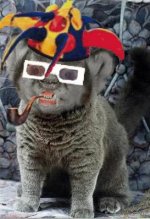 8. Bought and consumed a pickled pig’s foot from the old jar at the corner store and saw God. God told me not to eat any more pickled pigs’ feet but I did anyway.

9. Rollerskated into a wheat thresher.

13. Showed up to a Skinny Puppy concert wearing a Moof shirt.

15. Tried to kiss a real girl on a consensual date but ended up causing a major forest fire.

16. Fed my cat a bunch of tiny magnets and set her lose in the U of M computer lab.

17. Went on a 5 day camping trip with David Thorpe and Livestock and came home with open sores on my mouth and naughty bits.

20. Bought the Hobbit for my Game Boy Advance.

23. Opened a water slide park in the Marinas trench. 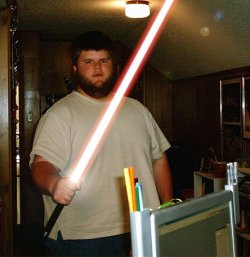 25. Downloaded popular music without paying money, thereby helping cause artists like Usher to starve to death.

26. Lost another loan to Ditech.

27. Cloned 5 versions of myself to split the rent but they ended up forming a Christian rock band.

30. Faulted the TSP on a Digicyper II encoder without first checking the virtual channel configuration on the UCS.

31. Faked my own death to get out of work for a week but at the funeral my boss noticed I was alive when he saw me configuring my iPod in the casket.

32. Tried to juggle 4 cups of boiling hot coffee and spilled them on my face, horribly scarring me for life, starting my descent into madness and becoming the world's most devious super villain.

33. Made sweet love to a beehive and forgot to call the next day.

35. Got really drunk and painted my deck green.

36. Got really drunk and placed one million orders for Moons Over My Hammy at Denny’s.

37. Got really drunk and kicked a winning field goal in overtime, but for the opposite team.

38. Signed up for eHarmony.com and pretended to be a wholesome and honest person, but once I had a mate snared I showed my true self and beat her daily with electrical cord until she learned karate and kicked me down an elevator shaft. (Coming soon on Lifetime)

40. Abstained from sexual relations to get closer to Jesus.

41. Adopted some Cambodian babies for the tax write-off but lost them at Home Depot.

42. Made it to the red door but forgot the wizard key.

44. Finally decided to get that circumcision I’ve been putting off.

45. Tried to grow a Gandalf beard.

You Can’t Fire Me I Quit

I have an announcement to make. This will be my last regular update for Something Awful. No, it’s not cancer. No, I’m not getting that shrimp boat. Something major is on the horizon that I am glad to partake in. Please click this link to find out why I am leaving you and your mother to fend for yourselves.