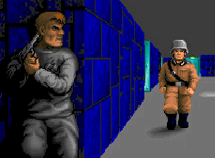 The new movie Valkyrie portrays the true story of a group of German officers who attempted to assassinate Hitler and bring the second world war to an end in 1944. As you might imagine, an overwhelming majority of the modern moviegoing audience has been surprised by the film, since just about everyone assumed that Bryan Singer retired in shame after directing Superman Returns.

While the events depicted in Valkyrie are incredible, they are also far from unique. Over three dozen attempts on Hitler's life were made during his rise to power and throughout the second World War. To the best of my knowledge, at least ten of them failed.

The Plan: At the height of the nationwide book burning frenzy, have Hitler's assistant switch the fuhrer's usual uniform with an oversized edition of the Torah with holes cut out for his arms, legs and head.

Where It Went Wrong: Hitler refused to wear the Jewish holy book, as the hole for the head was on the bottom, and wearing an upside down book would have made him look like a fool.

The Plan: Lure Hitler into an open field where a Hitler mannequin with breasts and lipstick rests upon the trigger of a massive bear trap. When the dictator approaches to mount the bait, SNAP!

Where It Went Wrong: Hitler reproduced by locking his knees at a 45 degree angle and spraying protosperm into the air with the sac-like glands located behind his ears. The mannequin was successfully impregnated from a distance of 200 yards.

The Plan: Inflitrate the Ahnenerbe think-tank, locate the occult research facility, retrieve the Prophet's Eye. Use the mystical object's powers to fast forward in time and show Hitler the failures that lay ahead, sending the wretched man into anaphylactic shock.

The Plan: Send tens of millions of soldiers and untold reserves of weapons and vehicles in the general direction of Adolf Hitler.

Where It Went Wrong: The fuhrer popped his emergency brake, tipping a pair of shades down on his nose and smirking around a well-worn toothpick as everyone blew right past him.

The Plan: Wait until Hitler falls asleep. With the aid of local anesthetic, implant a complicated device in his right arm that will employ air pressure to blast a hole in his internal organs the next time he does his trademark salute. This process will be complicated, and may require several consecutive nights of unrestricted access to Hitler's room.

Where It Went Wrong: The operation was completed without arousing any suspicion, but every time the dictator raised his arm his shoes tightened.

The Plan: Acquire one of the German military's newly-produced V1 missiles and modify it with experimental mustache-seeking technology, then fire it at the dictator during a rally.

Where It Went Wrong: This is Gunther Klaus: 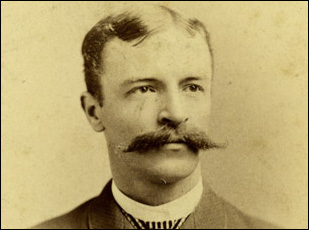 The Plan: As Hitler is momentarily distracted by subordinates greeting his arrival at the underground bunker, kidnap his loyal dog and replace it with a starved, savage look-alike.

Where It Went Right: The dog was a little bit too starved. Grieving the fact that his dog was perfectly healthy one minute and a skeleton held together by glue and balsa wood the next, Hitler committed suicide.