If that classless accident in the White House, Mrs. Barry Sotero, the Obama Mahatma Grubandra, is so darn proud of America as she likes to say (plus also admit Kenya origin ON MIC) then why is she trying to "end" childhood obesity??? Americans have voted that with their tracts that obese children are what we want, rolly-polly little gnomes waddling around our playgrounds and flapping their sausagette fingers at their candy-like game paddles!

Who does she think she is telling my boys Rory and Cory about pyramids? I think we whipped the Pharaohs about 2k years back with a little help from someone called the Lord, but Miss-hell Oterroro wouldn't know peanut one about that since her and Barry still haven't picked a church. Telling my boys how to live their lives? Guess what, Sotero Wife: I looked up the stats and more than half of Americans are obese now, so you can kiss that tiny size 12 ass goodbye in 2012. Palin/Huckabee, gonna have a looker and a fat preacher and his obese sons riding snow machines down Pennsylvania Ave.

My ex-wife subscribes to some of this nonsense, giving my boys low-salt cheese and using sugar instead of di-heloxoid-sucramax, which comes from all-natural corn root and perchlorate. My Father's rights organization said I deserve co-equal input into my child's diet. My diet plan? Food: yes, please.

The way I see it god would not have given us the agency to put a peanut in an M&M if he didn't intend for us to buy three pound bags at Sam's club and eat them during a single episode of Idol. BTW it was during the charity episode and guess what, American Idol? I give to charity every year. It's called taxes. Look it up in the Constitution under T for THEFT.

So Mee-shell, Ain't MY Belle put together something called the Childhood Obesity Report, which, maybe she should put IT on a diet since it's 124-pages!! Haven't read something that long since my foolproof technique book about how to win at roulette. Still perfecting that one at Four Winds, but watch out Chief House, because I think I've cracked the code: EVENS. Hope you got heap wampum because I have cleared my social calendar for next Tuesday.

Anyway, the result of this paper monster is a 70-point plan and I ain't about to bore you with all the details, couldn't be bothered to read them myself, but I did pick out a few that stuck out to me, like:

-Improving prenatal care for parents and providing "support for breastfeeding."

Don't even know what a natal is or what happens before them and I do not support anything with breast in the title unless it comes from poultry. Also why parents? I thought the Obuttinskis believed the government was mommy and daddy. Let those two deadbeats figure it out.

-Improving nutrition labels on food and in menus, and reducing the marketing of unhealthy products to kids.

I am almost 45 years old and I have never once read any label on food or anything else except for one time when I almost died eating a pork steak and I thought maybe it was past the date but it turned out I caught eye worms from not cooking it all the way through. Which, by the way, where does the government get off deciding what the correct number of active eye worm eggs in my pork is?? Maybe some of us don't mind risking the eye worms for the choice cuts. It's gotten to the point where the FDA Hitler thugs will raid a farm if they find out that an eye worm queen has attached to the pig queen and they're breeding in tandem producing a very sweet and succulent ham with the maximum density of worm eggs. 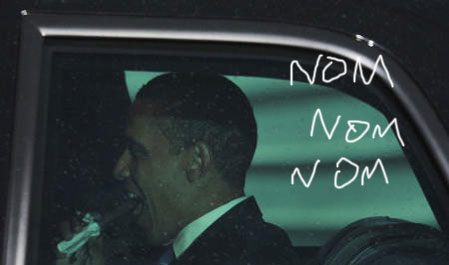 When I was a kid we ate meat that tasted like a shoe that was brung out of a lake with a foot still in it and on Fridays we got to eat a pizza with exactly three pepperonis the color and consistency of a slice of a giant Redvine. I grew up just fine and I've only had four heart attacks and that's even counting the two minor ones in my 30s that the doctor said caused minimal brain damage.

-Lowering the price of healthy food.

Yeah, newsflash Doublecraps: I got a lawn full of grass for free. Well, actually it was about a quarter a square foot for Tennessee Fieldgrass, but I got it discount from my cousin who runs a lawn repo business out of his el camino. It's a little gray market, but ain't nobody going to recognize their old lawn.

-Encouraging exercise, and improving access to playgrounds and recreational facilities.

Not all of us are city slickers with these fancy swinging sets and liberal agenda seesaws that teach about everything being balanced instead of one side being 100% right. Some of us actually work for a living and when we get back from a hard day at work operating the HAM radio set we have in our basement we want to kickback with our feet up and eat something with a cream cheese filling and ranch sauce to dip it in and don't you dare try and take that small pleasure away from me. 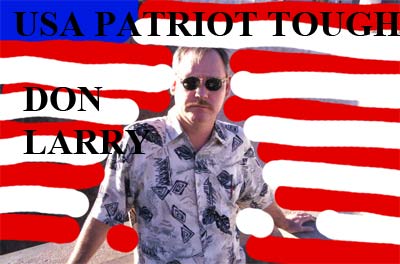 "You can have my gun Mr. Al Gore when you pry it out of my cold dead hand." - Charleston Heston