Don't Blame PB-11s for All These Droid Attacks, It's the Owner's Fault 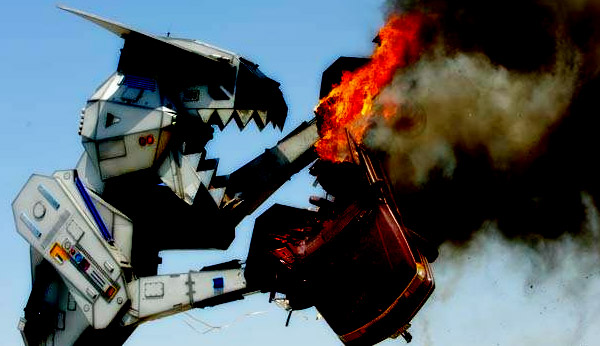 Another year, another tragic incident involving a PB-11 helper droid and fatal body and limb crushing. The inevitable legislative response by crusading do-gooders threatens to ban the PB-11 (or RTWLR) in another city. Is the PB-11 a dangerous model of droid? In a word, no. As usual, the scapegoating, fact-free media has spent the last year portraying the PB-11 as a dangerously unstable droid known to attack children and vulnerable adults. True, it is equipped with dual hydraulic crushing arms and it has an intimidating appearance, but other droid models are responsible for far more attacks annually than the PB-11.

Did you know that the RTRVR burns the feet of more than ten people a year? Or how about this little fact: the LAB Mk 9 is responsible for three times the amount of property damage as the PB-11 and RTWLR combined.

You may have heard about underground droid fighting arenas in which the PB-11 is often used as a fighting machine. This issue is exaggerated by the same media that protrays the PB-11 as a monster, but it highlights the truth: the owners of PB-11 droids are at fault more than the droids themselves. The PB-11 is not programmed with any more aggression circuits than a CHIHU 650, it only becomes violent when it is mistreated by its owner.

Yes, the PB-11 does crush more children into unrecognizable goo heaps than other droids. True, it does weld through the chests of as many as eight adults a year and incorrectly identifies automobiles as threats, melting them to slag with lasers, but none of these things would happen if the droid's owners bothered to properly care for it. The fact is, if an owner obeys local laws, has a force field surrounding his property, an auto-shutoff installed, keeps up to date with threat-recognition software patches and does not abuse the PB-11, then the likelihood of a fatal crushing attack is astronomically low.

I have a baby and own several PB-11s and they are unbelievably gentle around little Jhydden. Just yesterday I saw Grimspoke the Char Inducer was holding Jhydden in his hydraulic crush chamber - playfully, mind you, not a scratch on him - and I said, "Grim, put him down and turn off your slag lasers" and he immediately obeyed.

Are you familiar with the droid error test?

The droid fails the test if it:

Statistically, the PB-11 passes the error test more frequently (85.3%) than the RTRVR (80%) or the average droid (77%), meaning it is one of the droid models least likely to error and attempt to slay its owners. Bet you didn't hear about those facts in the news. As most droid programmers will confess, a droid is almost 100% a product of its operational environment.

Did you know that more people die in automobile accidents every year than are killed by droids? It's tragic whenever a droid picks up a toddler and attempts to compress it to the size of a hard boiled egg, but that happens so infrequently it's almost statistically insignificant. People are more likely to choke to death or be killed in a plane crash. Should we ban eating and airplanes? Hardly.

The only point I will concede is that sometimes the PB-11 is not very good around other droids. This is a function of its crushing limbs, which were originally designed to compact scrap metal. It just thinks other droids and possibly cars, trucks, large air-conditioning units, utility sheds, zoo cages and army tanks are heaps of scrap metal waiting to be crushed.

Politicians want to look important. They want to play on the media hysterics about a "robot uprising" or "the droid overthrow of mankind's dominion," but so long as you treat your droid properly and do not install any murder programs you will do just fine.

Don't ban the PB-11. They just need a caring home or scrapyard.