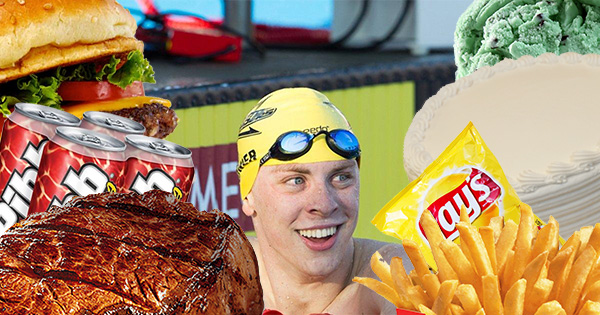 In response to his son's sexual assault case, the father of Stanford student Brock Turner recently caused a stir when his tone-deaf plea for mercy was released to the public. However, this letter was actually the last of several drafts Dan Turner wrote before finally submitting his correspondence to the judge. In a world exclusive bombshell, Something Awful is proud to illegally release Turner's very first draft.

It is with great shame that I must interrupt my lobster salad for the sake of shedding light on my son's character, which has been called into question due to recent events. As someone who has known this bright young boy for his whole life, I find it incredibly tragic that an entire future has been cut short thanks to 20 minutes of horseplay. Looking at his two decades on this planet, should Brock's entire character be judged on less than half an hour of late-night shenanigans? Listen, I love Willy Wonka and the Chocolate Factory, even if that "Cheer Up, Charlie" song has me reaching for the remote. But do I start petitioning to have that movie chemically castrated over a few objectionable minutes? No. I rate it a 7.8 on IMDB and move on with my life.

Your honor, no one is shaken up more about this than my dear boy. He's always been a kind, conscientious soul who feels things on a much deeper level than you or I. When Brock was 4, he put his mom's favorite Beanie Baby in the toilet, then made us a homemade "I'm sorry" card when he saw my wife weeping over the soggy remnants of Patti the Platypus. When we looked at that adorable sheet of looseleaf paper with its endearingly misspelled apology, we agreed on the spot Brock was simply too gentle of a human being to ever be held accountable for his actions. If Brock had the financial means, I'm sure he'd buy an entire Hallmark store's worth of sympathy cards to make up for actions influenced by campus party culture, even the more expensive ones that play a little song when you open them.

Above all, your honor, what has suffered the most is Brock's appetite. As you may know, swimmers require much more calories than ordinary people like us. Not long ago, it wouldn't be uncommon for my wife to buy a bag of oranges at the grocery store, only to enter the kitchen later that afternoon to find the floor absolutely littered with rinds. As she would get on her knees to clean up the pulpy mess, our eyes would meet as we both said, "That's our Brock." Brock was no slouch at cooking, either. I just loved bringing him home a thick, juicy steak that he would grill up in his signature style. Black on the outside, pink on the inside, a dash of salt and pepper, and slathered in A.1. Sauce: He called it Steak a la Brock. Now that his lust for life has been so forcefully taken from him, the poor boy eats only to live and is down to just four or five steaks a week. I shouldn't have to tell you this whole situation has strained the Turner family's relationship with our local butcher irrevocably.

While I can't think of anything offhand, greater injustices have certainly happened in America. But can we as a country stand idly by as this promising young swimmer destroys his healthy body by forgoing the seconds and thirds he once happily helped himself to? When I see him push away his Bloomin' Onion when he's not even halfway done, your honor, my heart just breaks--speaking personally, it's every father's nightmare. And it's not just food; Brock has simply let his favorite interests fall to the wayside because of all the mental energy he's spent on this debacle. Just the other day, his mother and myself were discussing Game of Thrones spoilers at the breakfast table, and Brock just sat there, idly stirring his Trix. He's a half-season behind, your honor, and now six episodes of one of the best shows on TV are now ruined for him forever. I only pray that more things aren't.

Ultimately, the ball's in your court, your honor. But if grant my son the mercy his promising life deserves, when he takes home the gold at the Olympics--and he will--he'll be sure to tug on his left ear when he's up there getting that medal around his neck. That'll be his way of saying, "Hey, your honor. Thanks for looking out for your boy, Brock. This one's for you." And I promise he'll volunteer to speak to high school students about the dangers of attending college in California, time permitting.