Busted: A Citizen's Guide to Getting Away With All Sorts of Crimes 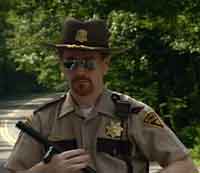 THE ENEMY.I fully support the act of possessing marijuana, smoking marijuana, and getting away with it. But one of the reasons I don’t smoke weed, transport bees across state lines, or murder hookers and store them in the trunk of my car is because I was always paranoid that I would get pulled over, my car searched, and then sent to federal pound-me-in-the-ass-mouth-and-ear-prison. Fortunately I have discovered an incredible video called Busted: The Citizen’s Guide to Surviving Police Encounters that educates viewers about their rights and how to use them to make sure the cops don’t find your weed stash. Now with the power of the 4th and 5th amendments I can break all sorts of crazy laws!

You can download the video here. If you enjoy it you might want to throw some cash their way since they are graciously letting us download their video for free BUT ONLY IF YOU WANT TO OKAY. If you didn’t enjoy the video then you are probably a dirty pinko commie bastard. Even if you are not in favor of constitutional rights and civil liberties this video has some great porno-grade acting and I could swear that every scene was about to turn into a full blown sex-session if I didn’t know any better. “I do not consent to any searches, officer.” “Overruled! Now take off your pants.” “Yes, officer. Just don’t throw the book at me. Wink wink.” There’s even a little colon talk, which I love.

The video includes three scenes that feature three different encounters with police. The first scene is about three stoner friends driving to a rock concert or possibly Woodstock Part 2: The Revenge so that they can burn down trash cans and ruin rock and roll. They get pulled over for speeding and the cop comes over and questions them. Right off the bat these morons forfeit their 5th amendment rights. When the cop asks, “Do you know why I pulled you over?” the guy says, “Uh, I guess I was speeding, sir.” GOOD ANSWER PELICAN HEAD. You just confessed to the crime! Next the cop tells them to get out of the car and then helps himself to the open door. He says, “You don’t have any drugs in here, you don’t mind if I take a look do you?” Then King Smarty-pants says, “No.” What is that sound I hear? Oh, that’s the 4th amendment dying a slow and painful death.

As you can probably guess these people eventually consented to getting their bags searched and then they were arrested for marijuana possession. You would think that when you commit illegal activities you would know how to get away with them. Everybody is always complaining that the government shouldn’t be telling us what we can and cannot put in our bodies, that marijuana should be legal to own and sell and blah blah blah. Folks, you just don’t get it. The government itself gives you all the tools you need to get away with possessing and smoking any drug! It’s called the 4th and 5th amendment! In a sort of WINK WINK NOD NOD way our fore fathers had the foresight to give people the ability to get away with toking up. 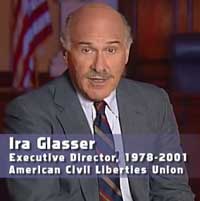 OUR HERO.According to the video here is the right way to handle a police encounter. When the copper tells you get out of the car remember to lock the doors as you do so. The cop isn’t a fucking locksmith nor does he have any clothes hangers. Your marijuana is as good as safe in that crappy Korean rust bucket of yours. When the cop asks you if he can search your car say, “I do not consent to a search.” like a smarmy little faggot. Act all triumphant with yourself as if you are saying, “Ha ha copper, I know my rights and I am asserting them! You’ll never catch me alive ha ha ha!!!” The police hate it when people assert their rights. If the cop busts out with idle threats like, “I’M GOING TO SIC THE POLICE DOGS ON YOU WHITE BOY!” then you are know you are doing things right.

When the officer asks you questions you do not have to answer them. Play dumb. Pretend that you are the biggest moron in the world (this won’t be that hard for some of you). Hell, act like you are clinically retarded or something. Nobody is comfortable dealing with the mentally handicapped and cops are no different. If you pee your pants and foam at the mouth the cop will probably leave you alone and let you go on your merry way.

Unfortunately the folks that produced this video missed some very important tips in this scenario. Keep these tips in mind the next time you are pulled over.

90 percent of all marijuana arrests occur because some fucked up paranoid stoner fuck was with the person arrested at the time. This is the guy that smokes all the weed long before the concert and is high the whole trip there. He will make frequent references to old TV shows that nobody remembers like Small Wonder and Family Ties and will often shit himself in your back seat.

During a police encounter these assholes will surely get you arrested. They are so paranoid from the weed and getting arrested and having to explain to their mom and dad why they had marijuana because last time was the straw that broke the camel’s back and if he doesn’t straighten up his parents will send him to Tranquility Bay. Listen, if your friend is always getting arrested for marijuana possession because he is too stoned to remember his rights, don’t let him anywhere near you. 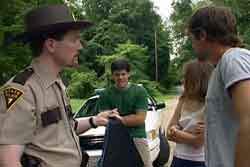 ”Damnitt Derrel! Just let him look in the damn bag!!!” Hey thanks you stoner fuck.Tip #2: Never hold your girlfriend’s tampons for her.

As you can see in the first scenario, when the officer searched that guy’s bag he found his girlfriend’s tampons. This was embarrassing to the young man and probably made the officer think he was a pussy and had a small penis. Never give the officer any indication that you have a smaller penis than him. It does not matter what the situation is, the issue of penis size always comes up when two men face off with each other. Penis size is important in asserting your constitutional rights.

You don’t have to actually have a huge penis to assert you rights. Just give the appearance that you have a huge penis. A good way to do this is to get pulled over in a truck with a hemi engine, beat your wife constantly during the police encounter, or install a Linux operating system while the officer is questioning you. If you actually have a huge cock it also helps to pull it out and wave it in front of the officer’s face. He will be too amazed to continue detaining you and will most certainly let you go.

Tip #3: Offer your pendent of life to the officer.

If you have a full pendant of life and get pulled over by the police you can offer your pendent to the officer and be let off without any further questioning. You earn pendants by competing in and winning temple games. Please see Olmec the Temple God for more details on pendants.

Tip #4: Make sure your car is dirty and filled with as much trash as humanly possible.

Anybody who knows me knows that my car is the ultimate mobile museum of fast food packaging and soda bottles. Ever want to know what Jack in the Box cups looked like in 2001? Just hop into my car! A trashy car is your best defense against snooping coppers. The more it smells like a pig died in your car six months ago the more the cop won’t feel like poking around in there.

I would love to talk about this video some more but I am getting arrested as we speak. The bottom line is that you have rights when dealing with the police. You have the right to toke up in your car on the way to a rock concert, the right to party down and drink underage, and the right to be an art student who sketches graffiti in his sketchbook but then gets arrested for it later even though he’s just a goddamn art student waiting for the bus so he can go to his girl’s house. You have rights. Don’t forget them!

Now if you’ll excuse me I have to go defend myself against a public urination charge. Until next time folks!