These stimpaks are making me thirsty!

It's the nuclear winter of George!

Elaine: "So, you're saying that ninety-eight percent of ghouls are undateable ."

Elaine: "Then how are all these ghouls getting together?"

*Kramer enters and goes into the old, beat-up, ice box and pulls out an iguana on a stick and Nuka-cola* 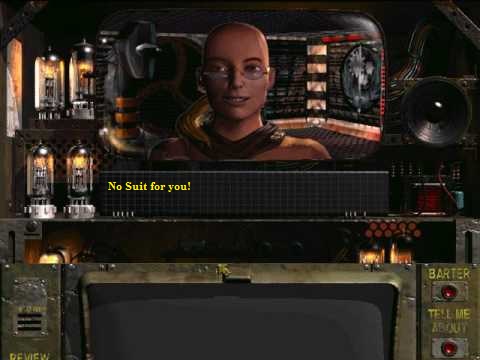 Elaine: I need some RadAway Jerry! That wasteland dog bit me!
Jerry: Well that's what happens when you don't take your Rad-X.
*Jerry popping pills*

Kramer: Jerry, did you know the Soup Nazi uses deathclaw meat in his jambalaya?
Jerry: Oh Kramer, that's an old wives' tale.
Kramer: We could make a fortune Jerry! Me and Newman have it all planned out. We are going to trap deathclaws in his mail truck!
*Elaine begins to foam at the mouth*

Jerry, as Kramer takes a swig of Nuka Cola and recoils in shocked disgust: What is a PIP, anyway?

Kramer: Well it's an ACRONYM Jerry!

Jerry, Turning to face him: A what?

Kramer: You know, an acronym, for 'Personal. Information. Processor.' Anyway, I gotta go meet George in the wasteland, he said he needed help looting corpses in an hour.

Jerry makes a scrunched up disbelief face while looking down at his wrist: Still doesn't look like a PIP to me.

Jerry: What do you got there?

Man #1: *Holds up a copy of Publick Occurances* They've got an article about you.

Jerry: "Although they maintain separate rusty shacks, the comedian and his long-time *companion* seem to be inseparable..." Oh no! Publick Occurances picked up the University Point story. That's going to be in every paper! I've been "outed"! I wasn't even "in"!

Jerry: Not that there's anything wrong with that... 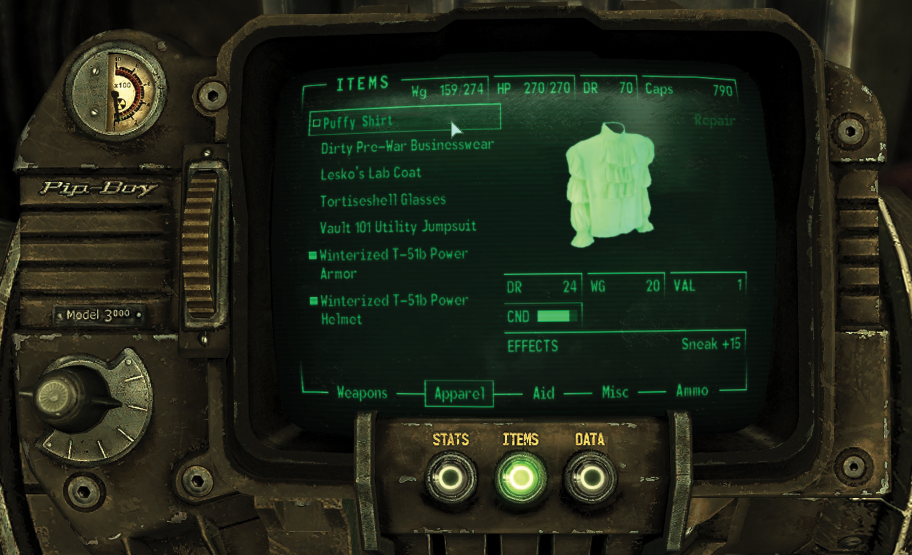