Establishing shot of Washington, D.C. to help viewers understand where the scene takes place. Move on to another shot just outside the White House, then to a close-up of a plaque reading "U.S. President", before panning around the Oval Office and settling on the PRESIDENT as something catches his eye, causing him to look up from his paperwork.

PRESIDENT
Who are you? How did you get into this oval office in the White House?

SHADOWY FIGURE
I'm afraid none of that concerns you, mister President of the United States. I've come for the launch codes.

PRESIDENT
No, I'll never tell you the codes!

SHADOWY FIGURE
(laughing)
Oh, you don't have to say a word. The features of your cranium will tell me everything I need.

The president recoils in horror as the SHADOWY FIGURE's hands move forward, eclipsing the camera. Fade to black as a dramatic symphonic suite begins to play throughout the following rapid-fire scene fragments.

VOICEOVER
This summer, hold onto your hat... and pray that one reluctant hero can stop a madman before he holds onto it for you.

Through the scope of a sniper rifle, we see BRADY and PETERSON cross a rickety bridge made of rope and rotted planks, far above the churning rapids of a shallow river.

BRADY
(stopping mid-stride to feel his own head)
I'm getting something...

PETERSON
What is it?

BRADY and PETERSON jump in slow motion just as the sniper fires.

The SHADOWY FIGURE and BRADY grapple, each with one hand on the crown of the other man's head. They take turns throwing punches and blocks, neither gaining an advantage since they can read each other's moves.

PETERSON enters the airlock with BRADY, then takes off her astronaut helmet and gazes upon the blood droplets splattered on its surface.

PETERSON
We have to stop him. Not just for ourselves, but for the baby. Our baby.

BRADY
I'm no good with families. My own parents were murdered when I was three and I grew up in foster care, separated from my brother. How can I possibly be a father?

PETERSON
(taking BRADY's hands and putting them on her head)
All you need to do is feel your way as you go. I know you can do that much.

BRADY
The baby just kicked! And his name is... Emilio!

A young man in a white apron tosses a circle of dough in the air. As it spins, the camera zooms in on a small device lodged in the dough's surface. It's not made of flour and water, but plastic explosives! A light on the device flashes red, and the entire pizzeria is engulfed in a massive fireball.

The music stops as the SHADOWY FIGURE steps backwards, out of the rain and into the darkness.

SHADOWY FIGURE
My parents always said my brother and I would grow up to be head cases. If I had only let them live to find out how right they were...

His laughter echoes the title card fills the screen: 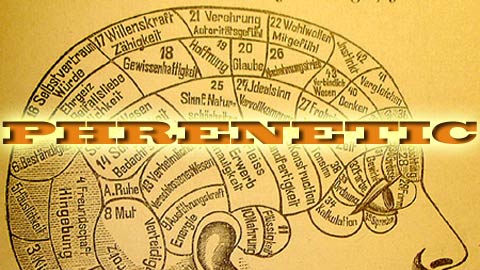 LITTLE GIRL
(singing in a creepy a cappella)
It's raining, it's pouring
The old man is snoring
He went to bed with a bump on his head
And he couldn't wake up in the morning