How To Write a Cover Letter 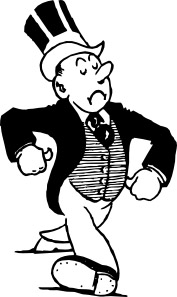 This image is one Ukranian model short from being you in two years.To all you unemployed scoundrels, do not worry. Help is here. The only thing stopping you from getting a job is a cover letter. A great cover letter is like a unicorn, something that you can only dream about but never achieve. Despite the impossibility, you have to do your best at crafting a couple paragraphs about yourself. Long before a company can see your ill-fitting suit or listen to you stumble through an interview, they look at your letter and by reading just a few sentences, most businesses know that they don't want to hire you. Not anymore. It only takes one cover letter to get a job, and I've written hundreds. In doing so, I've sort of become an expert. I'm letting you in on a secret opportunity to analyze the best cover letter. As we dissect perfection, be sure to follow the steps and in less than two years, you'll buy an NBA team-probably the Golden State Warriors, but a team is a team.

1. Don't Sound Desperate (even though you are). Human Resource departments are like member of the opposite sex. Are your palms sweating? Well, they can smell desperation, and while covering 80% of one's body in antiperspirant might work for school dances and rides on the bus, your cover letter has to stand on its own. Don't blow it. If you come out begging, they'll tear your throat out.

I am applying for your third shift security position. I would really appreciate it if you hired me, but it is no biggie if you don't, mom doesn't care if I sleep out in the back yard.

2. Research the company. It's boring as hell and more than likely a waste of time, but if you know a thing or two about the job or the person interviewing you, they'll eat it up. Try to remember that the they're probably as pathetic as you. Okay, they probably don't eat pizza five times a week, but they aren't perfect. Get on their good side. Let them think that they are doing something worthwhile with they're life.

I was reading about your company's history and it seems like you do great work. Also, I noticed that in 1993 you had to see a counselor for derogatory and sexist language in the workplace. I just wanted you to know that I saw a picture of the girl, and I 100% agree with your decision to call her that name.

3. Confidence. The company can hire anyone they want, so why pick you? Confidence. Try to conjure the poise of a thirteen year old kid on X-Box Live (preferably without the racism, but ultimately up to you). Brag a little. Also keep in mind that everyone loves Casual Fridays, so try to be the anthropomorphic version. Relax and take off your shoes. Play it cool. Go Fonzarelli on them.

I'll be the best worker you'll ever see. Better than all those other scrubs. Probably better at whatever you do too. Print, copy, staple. Boom. I got you beat. If you check my resume, you will see my list of accomplishments. While I do not have a degree, I have captured 150 Pokémon, making me, by some accounts, a master.

4. Ask Questions: Asking questions not only shows that you are interested in learning about a company, it also saves you the difficulty of thinking of any answers. It fills a ton of space too. Asking a question is a great way to sound smart or to fill a ton of space when you have nothing to say.

How much can you bench press?

5. Give them a reason to hire you. Just because the last worker was fired for doing whippits on the clock doesn't mean they have to hire you. Try to give them an incentive and let them know a thing or two about yourself. Make them want you.

If I were to work with your company, I would totally arm wrestle you every day. It'd be a pretty good workout for both of us. I also have every episode of Wings on my external hard drive that, if you're cool, I wouldn't mind sharing. Also, as I'm sure you've noticed, this entire letter is written in the font used on the Porky's movie poster.

Peace brother. Hope to hear from you, but if not, whatever.

That's it. There are all the secrets. Tell me about your success, and I'll share methods on hiding money from the government. Here's a hint: It involves pickle jars and your backyard.