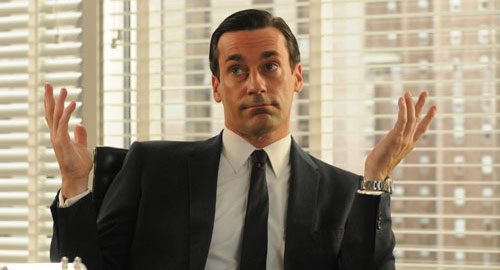 Benjamin Franklin once wrote, "In this world nothing can be said to be certain, except death and taxes." That might explain why those are the two things we fear more than anything else. One mistake, and it's so easy to fall behind. The IRS is waiting for us, as sure as the grim reaper. We are so afraid we avoid asking ourselves the most difficult question: How do we fix this?

Open on a split screen graphic straight out of a Power Point. It doesn't have to look good, or even professional, because people with tax liens don't care. They're like animals. Their emotions are raw and primal. Sparse horror-piano begins to play. We're tense immediately.

A serious, ginger bearded attorney spokesman on one side. The paler and splotchier the better. He doesn't have time to worry about his appearance; he's worried about your taxes. There is a giant, fonty, oval-badge logo with a sweet bevel on the right and we'll fly-in text that emphasizes what he is saying. The website, phone number, and credit card logos will be on screen at all times.

He asks us questions the questions we avoid. "Are you being audited?" and "Do you have unfiled tax returns?" He's making us think of the answers. He knows the pain and shame behind those questions and he stares at us unflinchingly. Not even blinking.

He introduces himself as if surprised by his own name. "I'm Patrick Cox, founder of Tax Masters." He is not just some attorney spokesman, he is the man who solves problems. Our problems. Synth drums play, undermining the tension of the piano as Patrick Cox lays out how Tax Masters will solve our problems.

Drop in the logo with an animation. Tax Masters: we solve your tax problems.

Patrick Cox: Could I say the catchphrase?

Patrick Cox: Could our logo have a reflection underneath it?

Don: (looks at Roger with a bug-eyed expression of frustration)