Bound for the Defeat of America: Barack Hussein Obama Story 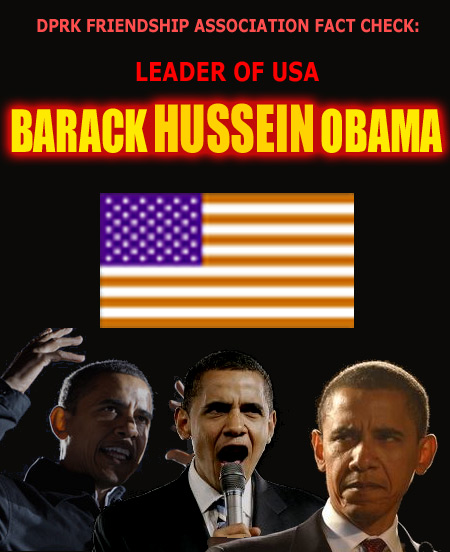 Leader George W. Bush is gone down in defeat and a shambles. His woe is impossible to suffer. Dick Cheney arrives on Wolf Blitzer CNN to warn the new American Leader of Kim Jong Il's power. He gnashes his teeth and curls his lips, his feet always pointed towards retreat, his back a yellow!


New American Leader Barack Hussein Obama is a shadowman first ever. Elected by arrogance and Hollywood baroque to sustain wars in Iraq and Afghanistan and oppress peoples of South Korea with puppet Lee Myung-Bak, opposing reunification for purposes of dividing families in Korea.

But America is a land of problems with no heroes. Fooled Americans slaves to information from government and propaganda they cry out in pitiful wails but New American Leader same as the old only hears the voice of Wall Street Bank. Bailout for Wall Street, hit the hike, citizen of America.

Barack Hussein Obama is elected on bed of lies. He is toast of decadent Europe and saw an opera with a cake with nine layers. He laughed at an urchin and pushed him away telling him, "My boots are not fit to be touched by a lowly hound." Barack Hussein Obama sold the daughter of India slumdog to a buyer for a new Cadillac convertible.

You think he is so tough? Secondary President Dick Cheney on Wolf Blitzer CNN is quoted as saying, "President Obama is weaker than ever before. America is weaker now. Our strength is fading. Soon we will be unable to stop the reunification and we will ultimately succumb to the Juche cause." 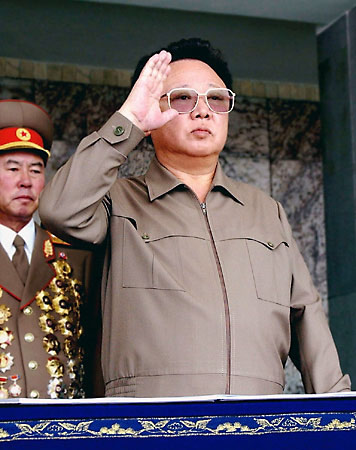 Barack Hussein Obama was born to a shadowman from beyond America and a ghostly white woman who died of cancer caused by atom bombs. As the only country to ever use atom bombs on the enemies it is understandable that cancer is the repayment of debt for American citizens.

Barack Hussein Obama who does not even cover his heart during America National Anthem was born on Hawaii, one of many slave colonies of America transformed into a labor regiment for production of capital. 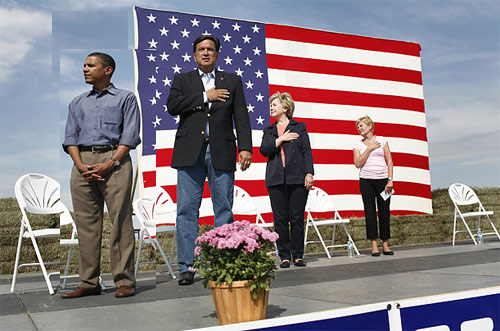 As a child Barack Hussein Obama choomed, which is youth term meaning to disrespect a woman and his elders. He was known as Barry to conceal that he was not a citizen. His birth certificate was forged by muslims to assure the West that he is one of them.

Barack Hussein Obama is a automatic puppet of the financial industries. He raises taxes for Joseph a Plumber, hero of the working class, and redistributes this wealth to rich fat cats living in Wall Street. This money is used to purchase jets and jewelry for dogs.