Bound for the Defeat of America: Barack Hussein Obama Story

Outcry has arisen in America, where working class men and woman take to the streets to oppose the new weaker regime of America of Barack Hussein Obama. At a tea party guests have decided to dump the tea out in disgust, declaring, "ENOUGH!" Barack Hussein Obama cowers in fear and flees to South America leaving the family behind to roll an egg for Rabbitman. 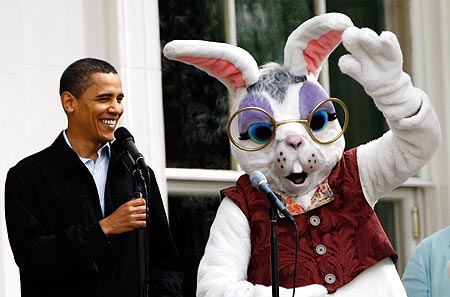 In South America President Hugo Chavez gives a book to Barack Hussein Obama and Barack Hussein Obama quakes in defeat again. He is too weak. Reminds everyone of Jimminy Carter, obstreperous failure leader of USA previously defeated by Kim Il Sung. Look at him surrender. Just as he apologizes to the French in fear France will attack.

Never before has America been so weak. Resistance Leader of USA Sean Hannity has declared, "Obama has surrendered to Castro, surrendered to Chavez, surrendered to France, and now he licks the spittle of Mexico, surrendering America's proud tradition of firearms ownership for hissing Medusa Nancy Pelosi, the fall of America is complete." 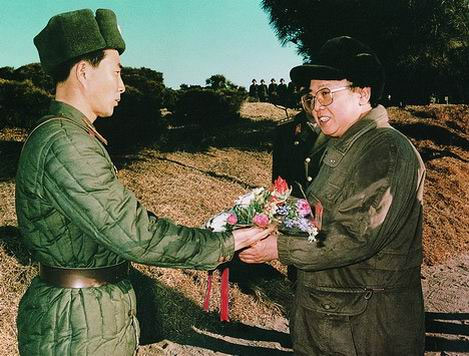 The citizens of USA continue to prepare for Juche revolution to overthrow terror order of Barack Hussein Obama that will snipe innocent fishermen for the Dutch. USA slave of Maersk. If Obama was not shadowman Americans would say how dare you Leader of America shoot shadowmen fisherfolk of Somaliland.

Barack Hussein Obama is so weak he may surrender America to the UN and not allow spankings any more. He has already released enhanced interrogation secrets, pretending standard questioning technique no worse than fraternity club pranks is torture and providing goal for training of American enemies to resist water. He is so weak! It cannot be believed. What next? Torture trial!? 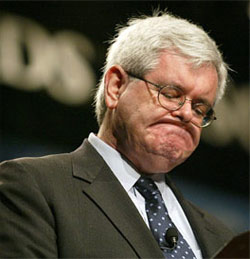 "America is the weakest," said hero of America Newt Gingrich. "We failed. We are a failed nation. We are so weak. The President is weak. Kim Jong Il should be congratulated for his victory and may we hail the Arduous March."

Even the American worker is weak. A Korean is said to make 680 screws in one hour. The American worker has established a record of only 540 using advanced machines devised in Israel and Germany. The atrophy of America is complete. There is no bail out thanks to Barack Hussein Obama.

Soon we will be reunited with the South. America will not stand in to interfere any longer. Our thriving cities will boom once again with freedom. America is a ruin! Starving dogs chew a bone with no marrow! 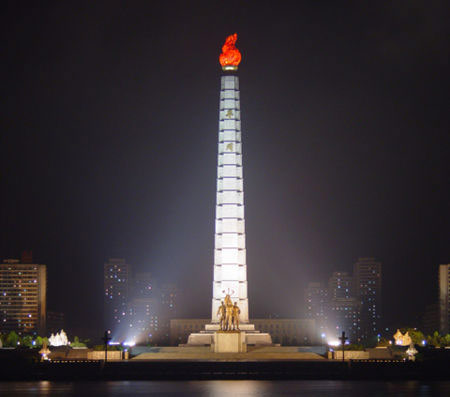