What to Say to Friends and Family About "Duck Dynasty"

Another option would be to change the subject yourself. Drop one of these on a Duck Dynasty fan to quickly reroute the conversation. 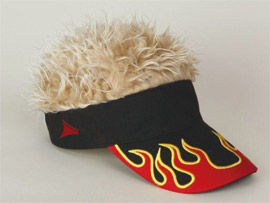 "No, I've never seen Duck Dynasty. Speaking of looking at things, have you seen my cool golf visor with the fake frosted hair coming out of the top? Now that's a dynasty I wouldn't duck."

"I really only watch anime. Are you familiar with Girls und Panzer? You'll love it, it's about high school girls who compete in tank battles for the honor of their school. Here, let me show you one of the AMVs I have made." 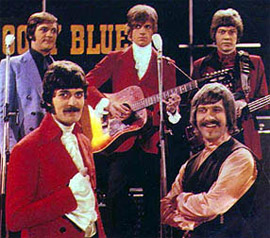 "Excuse me! Hey! Does anyone here know how to get bed bugs out of socks? Follow up on that question, can anybody identify whether or not this is a bed bug?"

"That reminds me, put on these cans and listen to the entire catalog of The Moody Blues. I think they're pretty underrated but I want to know what you think."

"Oh, hey, Diners, Drive-Ins and Dives is on! I wonder if putting cheese on something is still money."

Very risky. Not recommended for amateurs. However, if you insist on honesty, you could try one of the following: 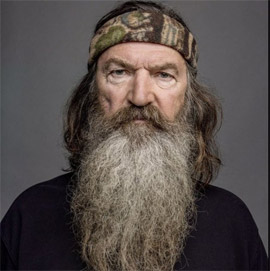 "A bigoted millionaire hillbilly got fired by a giant corporation for insulting gay people in a magazine interview because gay people read the magazine that interviewed him. I don't have time to give a shit about what happens to his stupid ass for being stupid. Leave me alone."

"Go marry a guy about it, you will feel better."

"Gay people tend to be well-educated, employed in top jobs, and they have nothing but disposable income. Duck Dynasty viewers spend all of their money buying clothes and bulk hot dogs at the same discount stores. Who do you think advertisers give a single fuck about?"

"You have a fleeting amount of time to be alive. Don't squander it on Duck Dynasty. Please."

Good luck out there. This is going to be worse than the boycott and anti-boycott of Chik-fil-A.

If you are still in need of advice about how to handle Duck Dynasty drama, feel free to seek Zack's counsel on his Facebook page.