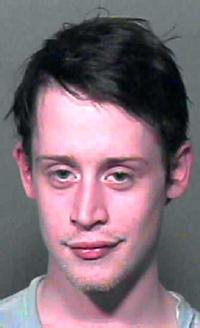 Through the Home Alone series, Macaulay Culkin became the hero of kids everywhere, as he was the first one brave enough to show that, as children, there was nothing more we wanted to do to adults than bludgeon them to death with paint cans. Talkboy: The Movie (also known as Home Alone 2: Lost in New York) amped up the sadism to metropolitan levels, and showed what one resourceful kid with a mass produced tape recorder from Tiger Electronics (makers of the handheld versions of videogames that poor kids had to play) and quite a bit of razor wire could do. As the nineties progressed, however, the violence expected of Macaulay Culkin movies always fell a little short. Getting Even with Dad did not end in the rape and murder of Ted Danson as I had hoped, and Richie Rich dared to ask the question, “What if a kid had a lot of money and things was really boring?” And even though America had fond memories of Macaulay getting murdered by bees in the movie My Girl, the country officially rejected My Girl 2: Revenge of the Bees, in which Macaulay’s ghost returns to the present from a bee-torn future to help the world fight bees.

If Macaulay isn’t ruined for you yet, then you probably haven’t seen him recently. He suffers from the same disorder that most adorable child stars eventually develop, monstrous ugliness, or “ugmo” for short. As an ugmo, Macaulay no longer resembles the precocious youngster who was able to slap himself and get a greater reaction than even his own overbearing Hollywood father could. Through the process of puberty, it appears that Mac’s head developed the consistency of silly putty, and as a prank his friends tried to see if they could copy the hilarious adventures of Hi and Lois onto his face by running one side of his skull through a newspaper printing press. Mark my words: in ten years Dakota Fanning with be such an ugmo that her cage will be kept in the darkest parts of Africa and the President will have to select three of the bravest marines to feed Dakota her daily sack of pig faces. This is going to happen.

So when Wish Kid: The Complete Uncut Series eventually gets released on DVD --and it will – you should now know what a mistake it will be to get ironically high with your ironic friends and watch all the episodes in a hip, self-aware manner. But if you don’t heed my warning, you’ll at least discover why NBC stopped producing Saturday morning cartoons forever following Wish Kid. 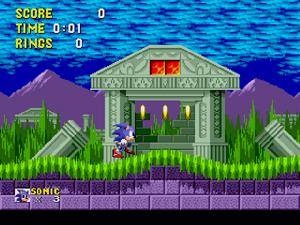 Sonic the Hedgehog. Not pictured: his 834 game-ruining asshole friends.

In retrospect, Sonic the Hedgehog was always on a downhill roll towards Shitstain Junction. To explain, here are the most common reactions to his games at the time each one of them came out:

It’s hard to believe that anyone can still be a Sonic the Hedgehog fan, as Sega adds a new shitty playable character to the universe every time an unborn child is aborted in America (these acts are unrelated, but the numbers are identical). If you don’t believe me, then you obviously haven’t played Sonic Air Divers featuring Shove the Beatle and Jerry the Philanthropist Shovel. Sega’s theory is, if you can slap giant eyes on something and paint it garish colors, people will want to play as this character and draw fanart of it being violated with power tools. The latter activity is popular amongst 80% of the Sonic fanbase, their efforts providing at least half of the results for any attempt to make a Google Image Search.

But trying to lead people away from Sonic nostalgia may be a waste of time, not because the fans are so devoted, but because Sega seems committed to destroying any beloved franchise they own. Did you like Nights for the Sega Saturn? Do you long for a sequel to this beloved classic? How would you like it with snowboards and randomly generated dungeons? The sad thing is this is probably a better idea than Sega’s current R&D plan, which is no doubt titled “Ruining Christmas 2006” or “Alex Kidd Revival.”

The “Sega Scream” was not one of enjoyment. It was one of eternal torment. And this is what we all should have learned today.