HELLO!!!!! i wanted to write because years of regret have boiled up in me and i have to tell you before anyone else that i was the Pet Lord for 2 years back when you were a youngun. YES, that Pet Lord, the one who vanished and let all the animals go and who was never found but left behind dozens of happy parties and potlucks all over the county and also some unanswered riddles. lets start with the facts 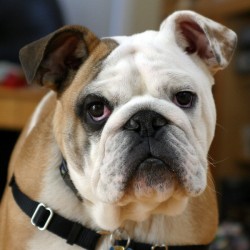 Fact 1: i did not start Pet Lord as a scheme to make big money. actually what happened is i forgot to buy your mother's mother a birthday gift so I dressed up in a mask and cool ripped up jeans and a big leather X strap over my chest and went over there with a couple gross cats, a bulldog, and a little boombox and handed her a letter saying "Happy Birthday I Got You A Visit From Pet Lord The Traveling Petting Zoo May All Your Dreams Come True" and i did a sexy dance with my hands on my hips and lots of side to side hip motions while she petted mostly the dog for 90 minutes. she did NOT know it was me

Fact 2: later that week she wrote a letter to the editor and told everyone she had a great birthday and she told them about the Pet Lord. she did not say it was great BECAUSE of the Pet Lord they were 2 different statements but i think everyone thought that's what she meant and folks all over town started calling the Pet Lord

Fact 3: I got yelled at a few times and on one occasion in particular i passed out from heat stroke in the mask and there is birthday footage of a dad kneeling down to punch my unconscious masked body while the kids screamed 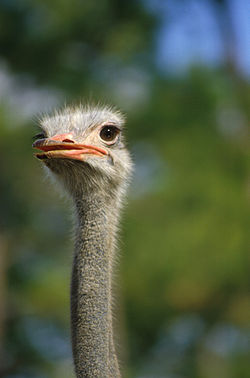 Fact 4: by the second year sales had plummeted and i needed new pets in a hurry and didn't have a lot of money so i answered an ad about ostriches for sale. i bought the only one they had left, a monster named T-Bird which i believe stood for Terrible Bird

Fact 5: i was doing a party at a teen graduation and the backyard was all decorated with balloons and lots of the teens were wearing nice clothes and acting too cool to enjoy Pet Lord but i did my dance anyway as the bulldog and cats and ostrich wandered around the yard. everything went pretty good but some of the bigger teens threw a bedsheet over me and when i curled up into a ball (natural defense, i can't help it) they tied the ends up and knotted it. after a couple minutes of laughing they went inside and the ostrich came over and started pecking me

Fact 6: i drove the Pet Wagon to the north edge of town with all the nice trees and i let the cats and the ostrich go and threw my mask into the creek. this was the end of Pet Lord but i kept the bulldog

Fact 7: everyone in town begged Pet Lord to come back and they took out an ad in the paper that showed a picture of a crying man wondering when the pets would be back... or so it had seemed!!! i did that ad myself to let everyone know Pet Lord was gone and it looked like i missed him so i definitely could not have been him

Fact 8: i was wearing the cool ripped jeans in the crying photo. it was my way of telling observant people with an eye for details that Pet Lord wasn't really dead but i don't think anyone noticed that

Fact 9: i got a paid week off of work because everyone saw me crying in the paper wearing messed up clothes. jackpot!!!!!

That is more or less the Pet Lord story. i might one day do Pet Lord again if i ever hit rock bottom but there will definitely not be ostriches the next time!!! GOODBY!!!!!!!!!!!!!!!!!!!!DAD