The English Are Different From You and Me

People who think they're being pithy often say that the America and England are two countries separated by a common language. This is why pithy people need to be shot. I know what separates America and England, okay? It's called "a whole lot of fucking water." But lately I've come to realize that there's a whole lot more than that between us. If you're like me, then you generally think of the British as a witty people who spend most of their time drinking tea and staring in bizarre sitcoms that we don't entirely understand. There's nothing too objectionable in that. I'm not much of a tea drinker myself, but I'm not about to hold that against them. They've proven themselves to be capable diplomats and worthwhile trading partners over the years, and our two societies have grown and flourished in apparent harmony. But recent information may suggest that these seemingly noble and friendly people aren't the sort of people we want to call our allies after all. Take a look:

Fergie urged to keep 'em on

NEWS that Sarah Ferguson is to pose nude for a charity book was greeted perhaps ungenerously by one British newspaper today, as it launched a campaign urging her to stay clothed.

A readers' petition - entitled Keep 'em on, Fergie - was The Sun's swift response to the decision by Ferguson, the former wife of Prince Andrew whose official title is the Duchess of York.

The Sun, Britain's best-selling daily paper, printed cut-out coupons in today's edition which it urged readers to sign and send to Ferguson, care of her public relations agency.

I'm sure you're as outraged as I am about this. What happened to you, England? When did you lose your way? When did our cultures turn down such separate paths that something like this could happen? Look at yourselves. You're actually encouraging a national celebrity to keep her clothes on. Does that seem like justified, rational behavior to you? 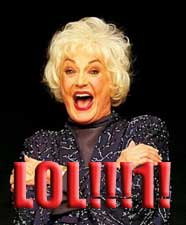 They say if you look into her eyes, you see how you are going to die.

Let me tell you, that kind of shit wouldn't fly in America. On this side of the pond, we understand that nude photos of celebrities are wondrous and precious things. It doesn't matter who the celebrity is. We know you don't want to see Fergie naked. No one has wanted to see Fergie naked in a long, long time. But it's not about what you want, it's about the greater good. When a celebrity allows nude photos to become available to the public, it is the civic duty of the citizenry to do everything in their power to get their hands on those photos. It has nothing to do with sexual attraction. Hell, if Bea Arthur posted nude pics online, Americans would still go nuts for them. Forget the fact that staring directly at a nude photo of Bea Arthur would most likely have the same effect as opening the Ark of the Covenant, what with the face-melting and the eyeball-bursting and the flaccidity; we'd still see a rash of nude Bea Arthur image macros sweep the internet in a reign of visual humor/terror of goatse.cx proportions. Admit it, you're thinking of some marginally funny Golden Girls-related text to put in 48 pt. Impact font right now. It's only natural. Hell, it's patriotic.

Statistics don't lie, even when I make them up.

The economic impact of nude celebrity photos cannot be overestimated. As the graph at left may or may not indicate, pictures of nude celebrities accounted for over two thirds of our country's gross domestic profit last year. The two minute snippet of the Paris Hilton video alone made enough money to finance another three years of putting off holding an election in Iraq. Making money off of readily available pictures of naked celebrities is capitalism in its purest form. Anybody can get in on the action. Market analysts surmise that the first time one of the Olsen twins' boobs pop out in front of a camera, it will end unemployment in this country for a generation. It amazes me that the English people could be so short-sighted as to ignore the possible financial benefits of Fergie posing nude. But that's not the point. This isn't about the money. This is about culture. This is about the essential differences between the goodly people of America and the fascist British. This is about celebrities being able to enjoy the God-given freedom to degrade themselves in a public forum. We fought the Revolutionary War over less.

Until recently, I was able to go to bed every night and wake up every afternoon secure in the knowledge that if some washed-up, near forgotten quasi-celebrity decides to embarrass him or herself in front of millions of people, I'll know about it. I thought we were living in a world where the developed nations could put aside whatever other ideological differences they may have and agree on a few key points, such as the enjoyment of a public figure's humiliation. The world laughed as one at that hideous picture of Britney Spears in a car. We were able to forget about terrorism, hurricanes, famine, and drought when a photograph revealed that when she is not covered in makeup, Angie Everheart is, in fact, a cave troll. Now it seems that England doesn't want to be a team player. We happily publish thousand page descriptions of every lurid detail of our President's affair with an intern, but England won't even give us one nude picture of a simple Duchess. If they're willing to go that far, what's next? Soon they're going to tell us that they don't want to do The Simple Life: UK, U Krazy! Before you know it, they'll be stoning their own women to death in the streets for showing off their ankles. 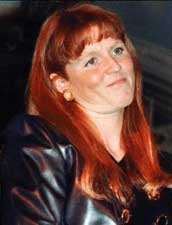 Let the woman get naked. We'll all suffer through it together. It'll be a bonding experience for us.

This whole "avoiding any public discussion of sexuality for fear of creating an awkward situation" shtick has gotten pretty tired, England. Sure, we shell out ridiculous amounts of money every time Hugh Grant makes a movie in order to see him fumble his way around women, but that's only because we're thinking about how hilarious it must have been to watch him try to work up the nerve to pick up a transvestite whore. On the whole, the entire act has started to wear thin. I recently had the opportunity to see a play entitled No Sex Please, We're British. It was two fucking hours revolving around the premise of a newlywed couple who get a box of porno in the mail by mistake and have to hide it from everybody in the world because if anyone knew that they owned pornography, they'd have to kill themselves or something. This was the longest running comedic play in the history of the British theater. You people had Shakespeare actually producing work in your country, and still the most successful comedy in your entire history was about people getting all flustered over a box of porno. That's a little sad. In a day and age where a person only has to take a few seconds to search the web to be jacking off to pictures of Megatron and Starscream blowing each other, getting a Playboy in the mail just isn't that shocking. I'm not saying it's a good thing, I'm just saying that's the way things are. You need to come to grips with that. Let Fergie do her thing. Just remember, the Taliban wouldn't let their women get naked, either, and look what happened to them.