Your Dog is Totally Worth Refrigerated Food 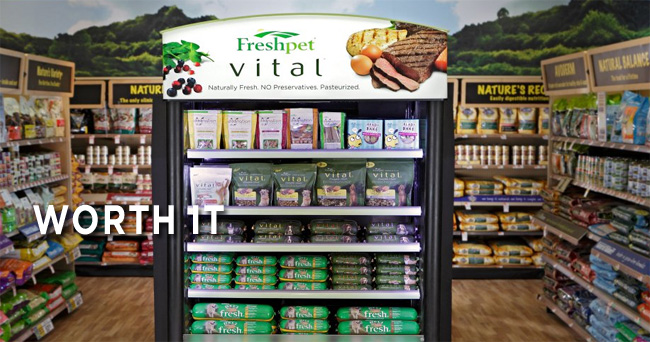 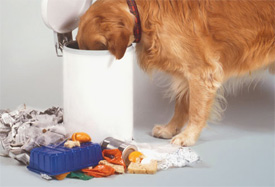 Blue Buffalo sells grain/gluten-free kibble for over three dollars a pound. More expensive than some actual meat for humans. Totally worth it. This is totally worth it for your dog that eats carpet and pizza boxes and half a pound of cat shit every day. God fucking help him if he gets a grain in him. What then? He might as well be eating Doritos dropped on the floor. Like the time he ate all those Doritos out of the garbage. The ones that were wet with spaghetti sauce.

Freshpet has refrigerated dog and cat food coolers in over 2,400 Walmart and Target stores. It costs nine dollars per day to feed a large breed dog Freshpet. Which is obviously worth it. Your dog prefers his food perishable.

Look, if god didn't want your fucked up inbred hobbit bulldog that can barely breathe and had its tail surgically removed to eat fresh fish fillets out of refrigerated tubs then god wouldn't have given you a job that pays $120,000 per year. It's what nature wants. Survival of the fittest.

So what if some bauxite miner from fucking Malawi only makes like twenty bucks a month and is lucky to eat ass bugs out of a pickle jar? Not your fault. Your dog was born in Austin, Texas, not some slough of shanties stuck on the side of an African mountain. Well, actually he was born in Austria and he went to dog school there before he was flown to Texas, but it was all worth it to have your precious German Shepherd Dog named Hulk Hogan.

The Hulkster can't eat Alpo. Do you think that nature dogs living in nature boil their food and put it in a can? No, they eat it farm to table organic out of a fucking refrigerator, you shit. Which is why your dog is worth it. The one who will freak out in a thunder storm and piss in your basement. That dog? Worth it.

The vet offers braces for dogs with crooked teeth and if your dog develops cancer you can spend upwards of $6,000 on radiation therapy. Clearly worth it, mate. This isn't some stranger's kid with cancer we're talking about here, this is your fifteen year old collie that at most has two years to live anyway and you are going to fucking karate chop them out of the grim reaper's hands with every possible veterinary treatment available. Because "Frasier" is worth it. Good thing you bought him health insurance.

By the way, just to allay your concerns, pet insurance is definitely not a symptom or a sign of a sick, fucked up world. It is not some fall of Rome shit. It's WORTH IT. 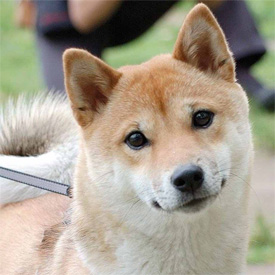 According to your FitBark app (worth it), your Bichon Frise Macklemore only watches a few hours of TV every day and mostly just rolls in a dead mouse in your backyard. How is that hurting the environment? The mouse probably died of natural causes.

And why do you have to pay for school lunches for the kids who can't afford it? You don't have kids and you're willing to bet that a bunch of sadpoor lunchies don't have a Shiba Inu imported from a breeder in Okinawa. In Japan, they train them to smile. Since you're not even sending your smiling dog to a public school, in a fair world maybe all of those kid-havers should help you pay for your cans of Castor and Pollux.

After all, Doge is worth it. He understands you and he understands what is happening to him, he isn't just a fifty-pound fur covered parasite evolved to make you want to sacrifice resources to him and bred to exploit your desire to protect him as a surrogate family member. No. Not Doge. He is very worth it.