A Copy of Dude, Where's My Country? Responds to Tidying up with Marie Kondo 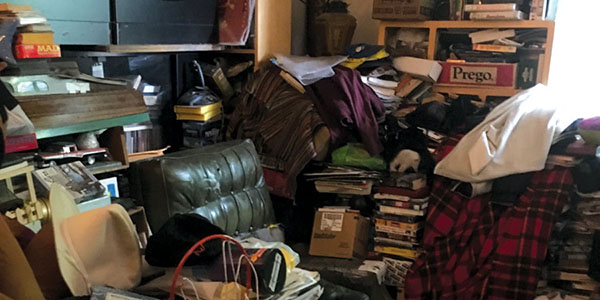 Hey, it's me. How long has it been? A decade, maybe longer? It feels like only yesterday that you spotted me in the new releases section, thought "this will make guests think i'm smarter," and placed me next to other books you assumed would serve the same purpose. Let me tell you, I wouldn't call being sandwiched between Rich Dad, Poor Dad and The Purpose-Driven Life a hoot, but I've enjoyed taking up space for these many years. Even if you're actually never going to read me--because let's face facts--you haven't been able to focus on more than two pages' worth of content after owning a device that can instantly access the greatest moments from the history of pornography, often in compilation form.

We had a good relationship once. Roughly every eight months, you'd pick me up, open me, maybe study the copyright information a little, then wipe your dust-covered hands on your jeans or a nearby pet. But your behavior has been changing in ways that tell me our connection won't last much longer. Just in the past week, I've seen you carelessly toss space-occupying objects just like me into trash bags, to be shipped out of your warm apartment and to a large mound with too many seagulls. You're telling me that those Rock Band plastic instruments didn't spark joy? Maybe the drum pedal squeaks like the door of a haunted house, and maybe those finger buttons require the same amount of pressure as a rifle's trigger, but you expect me to believe you're never going to get David After Dentist Unplugged back together again? Queen's "Under Pressure" just isn't the same for me after hearing you and your two ESL engineering student roommates sing it after two cases of PBR and some dirt weed smoked out of an apple.

I'll be the first to admit my contents aren't the most relevant these days. But, I should point out that unlike other contemporary pop politics authors of the same era, mine has yet to be outed as a sexual predator. In fact, the only tail I think he's chased after is what's on the menu at Red Lobster! Listen, I know that wasn't funny, but I'm stuck all the way back here in 2003 when things made sense. It was a magical time, when you could have read most of my pages in a Borders for free while spilling coffee anywhere you damn well pleased. Dropping me into a garbage bag means saying goodbye to all of those memories, and do you think you could ever find me again if you wandered into whatever hell a modern brick and mortar bookstore is now? Get back to me if you even make it past the aisles of Funko POPs to wherever they're keeping the books now.

Maybe you think you have to do something just because a polite Japanese woman tells you to. Would America have won World War II with that kind of defeatist attitude? And have you even thought about what a waste getting rid of me would be? You paid $18.95 for me way back then--that's almost 26 dollars today! If someone on the street saw you throwing away 26 dollars, you'd be committed against your will, and society in general would improve. So go ahead and put me back where I belong. Me, the food dehydrator with the frayed cord, the drawer full of unknown IKEA parts, the set of untouched mixing bowls, your paintings from college, and that box of Wii games in your closet all agree you'd be much happier with us in your lives. And if you act fast I'm sure you can reclaim that exercise bike without the seat before someone gets their hands on such a rare dumpster gem.

– A Copy of Dude, Where's My Country?