The luxury garbage can we were promised is a pit full of bioluminescent blue crabs, slowly eating the brains of the workers who abandoned building the dome tents the day before and tried to escape. The lockers are coconuts, but not coconuts, because nothing as good as a coconut could exist in this place. These round, furry rocks came from something, secreted by some creature that I deeply never wish to see.

A rusty barge dragged from inland sits beached against the dance tent. It was supposed to bring Major L.A.Z.E.R. and instead it brought nothing but terrified, hungry rats. 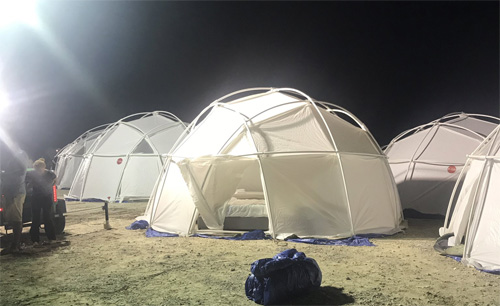 There are four of us left: a rich guy yelling all the time, a girl who wears headphones around her neck, a thirty year old guy with braces, and someone not named Khloe but definitely a Khloe sort of girl. No one chose us; we decided to come because we trusted Ja Rule. Blink-182 tried to warn us, but it was too late, our flights were booked and we thought we might see a bunch of models here and at least do some cocaine. We are all that is left of this once great expedition. Everyone else has run into the sea and drowned, buried themselves in the white sands along the eastern shore, or disappeared into the mangroves that hiss in the rain.

Or they have eaten one another rather than choke down another wet cheese sandwich with micro greens. I don't blame them. My skin is slowly turning translucent from the cheese sandwiches. It is a decision you have to make. You have to accept it like so many of the other ways you will change at Fyre Festival. 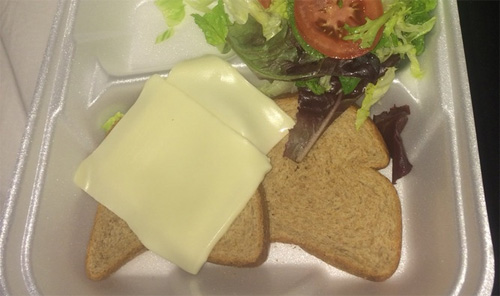 There is no private villa, nowhere to charge our phones, no spa chairs, no chairs at all, no concierge, and the only Kardashian here is one of the lesser cousins slowly decomposing inside one of the tents. I think his name is Otys and he may not even exist. One of the other survivors told us about him second-hand and she is gone now too, walked silently into the ocean like so many before her. Is that how this will end for me? Will I hear one last yell from the rich guy yelling and take one last look at not Khloe and walk into the ocean?

The white tents that stretch across the beach have a deflated appearance like ruptured boils. The instructions on how to get into the tent are in French and Arabic. The girl with the headphones on her neck said she can read French. She told us the tents are for war refugees, which does not make any sense, because I have a seven-figure salary. 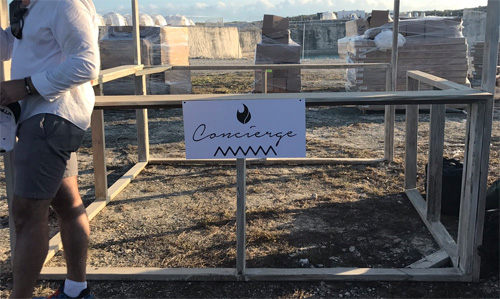 We see a helicopter in the afternoon, or maybe we just feel it moving through the clouds, the swing of its rotor drumming in our bodies with a strange, tribal rhythm. We begin to dance. We imagine Major L.A.Z.E.R. is descending from the sky. That he will bless us with music and a DJ who was not locked into an equipment trunk and left to drown in high tide.

The girl with the headphones disappears into the jungle at noon. She says she has to pick her niece up from a nail appointment. No one argues with her. None of our drivers are here, so if her niece needs to be picked up from a nail appointment it makes sense that she would have to do it. She makes car sounds as she disappears among the hissing trees. 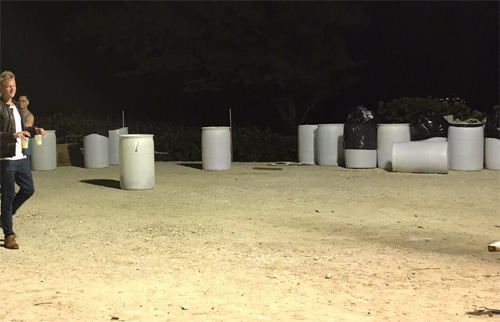 We find several hundred brochures for the Fyre Festival inside one of the four-legged creatures that we have taken to calling ponies. It was dead when we found it, spikes impaling its flanks, and when we cut into it with a bottle opener hoping for something to eat the brochures spilled out. Were they put there by another group to taunt us? Do these creatures produce them within their body?

"I am happy here," says not Khloe. Within an hour, she is burying herself in the sand.

I begin to walk back and forth along the beach, singing, "All the Small Things." The more I sing, the fewer words I can remember, like every part of who I thought myself to be is slowly ebbing away. The yelling rich guy and I build a sand castle. He says his name is Brooke or maybe he is asking for a book. Language does not mean much to me now. 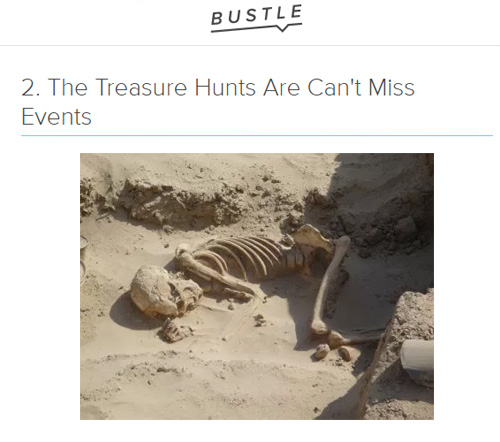 The less I become, the more I am, until I can no longer speak. The sun feels different here. I know it is nourishing me in ways it never has before. The rich guy is yelling without words. He is making the sounds of luxury cars he crashed in Miami. I recognize a Lotus and a Mercedes. It all fades out after that.

I hear the hissing of the mangroves more and more. I think I can hear music beyond them. Ja Rule is playing. Blink-182 decided to come after all. Bella Hadid is dancing behind the trees. She has her top off and there is cocaine on her tits.

I am going to look into this. I have to go.