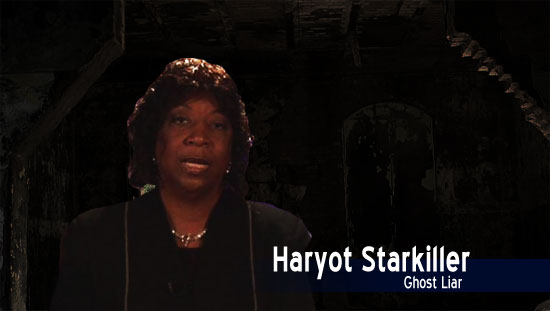 Yeah, I woke up and a man was over me. In my bed. And he was made all out of energy like black energy. Negative energy. And his other friend was there standing over my bed. Yeah, and then together they formed up like hugging and went together and formed a black energy demon and he was all the way up to my fan on the ceiling. And I said my prayers out loud and he was rebuked back into the corner and he started spittin' and cussin'.

I said my prayer louder and got up off my bed and held up the sign of the cross at him and he exploded only there was no fire it was like an explosion of emotions and such and waves of feelings swept up over me. It was like being in a super wave of feelings crashing on my shores. And my number one feeling I had was, "Haryot get up out of this bedroom and out of the house. You got to get outside." And I realized as I went outside it was all smokey and that is how a ghost man saved me from a fire. 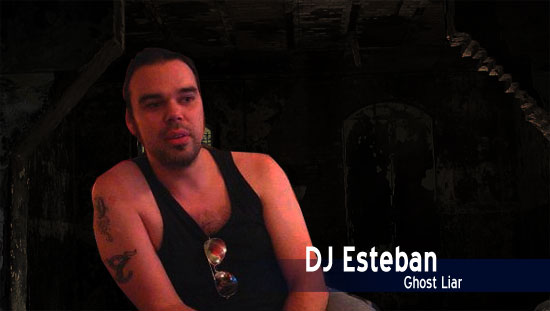 A ghost? Oh, yes, I saw a ghost. It was Tupac's ghost, but he sounded like an empanada truck. I said, Makaveli, are you still alive? And he looked at me and he said, "Si, I am astral projecting, not dead at all." Then to my surprise he did not go anywhere. He stayed in my house to teach me how to be a rapper. This is how I learned to rap and now I am number one rapper DJ in Juarez area.

Tupac also makes me really good at cards and able to drink really well and not get too drunk. He teach me every skill I need to survive. I consider him a mentor. Also fireball powers which I cannot demonstrate now because I have to meditate before I use a fireball power.

I can show him to you if you promise not to tell anyone and also finish these three bottles of whiskey with me.