Which of the 24 HBO Streaming Services is Right For You? 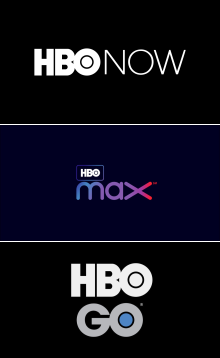 Every HBO series, minus episode 2 of each season.

HBO NOW
The entirety of Arli$$ and nothing else.

HBO MAX I SAID GO
All seasons of HBO's Real Sex, edited to be PG.

HBO LEAVE ME HERE MAX I'M A GONER
Every movie you could ever want to watch, presented backwards and squished in the corner of the screen like a YouTube upload trying to avoid a copyright strike.

HBO GO MAX YOU HAVE SO MUCH TO LIVE FOR
Doesn't work on Roku.

HBO MAX GET THE KID TO SAFETY MAKE MY SACRIFICE WORTH IT
Doesn't work on any device, not even via a web browser!

HBO HERE THEY COME, NOW RUN MAX
Works on all devices and platforms but has literally zero content.

HBO COME CLOSER YOU SONS OF BITCHES
All content in 4K*! (Video in all 4 Korners of the screen, blank in the center)

HBO (CLOSE-UP OF STARTLED ENEMY FACE)
Game of Thrones up to The Great Decline, at which point it helpfully goes back to season one.

HBO WELL WELL WELL IF IT ISN'T MY OLD FRIEND MAX
Your favorite content from our competitors with a heavy blur applied over their watermarks.

HBO THOUGHT I DIED IN THAT EXPLOSION DIDN'T YA MAX
All our shows and movies, with the center audio channel muted.

HBO MAX YOU'D LIKE THAT WOULDN'T YOU
Pay $2 less per month, lose the ability to pause.

HBO THE TRUTH IS MAX I'VE BEEN WORKING WITH THEM ALL ALONG
Pay $2 more per month, gain an additional pause button in the UI.

HBO NOW WHY WOULD I, YOU ASK?
Only works if you enable Motion Smoothing on your television.

HBO THERE'S NO PROFIT IN HEROISM MAX
The complete Sopranos, run through that app that gives everyone doe eyes and noses.

HBO YOUR EMPTY IDEALS LEAD NOWHERE
All of our content, completely free, but your television emits a horrendous stench.

HBO MAX HOW MANY HAVE YOU KILLED IN THE NAME OF JUSTICE
Just that one abduction sequence from Fire In The Sky.

HBO NOW LOOK WHO- (FALLS OVER LEDGE)
Just the rest of Fire In The Sky, without the alien abduction sequence.

HBO MAAAAAAaaaaax!
Doesn't include any content per se, but does come with a chart that fully explains the difference between HBO MAX, HBO GO, and HBO NOW.