The Holloway County Board of Commerce Presents: Opportunity in Success

Holloway is the county seat of Holloway County and is a progressive community of 26,000 located near the bustling metropolis of Miamisburg/Kettering. Our community offers all of the comforts of a major urban area like Youngstown without the high crime rates and congestion. Housing and commercial properties are affordable and the city offers attractive tax incentives to businesses considering relocation to Holloway County. We have a number of scenic and historic locations within our county and our school systems are the pride of the central Coolie Valley area. In 1984 and 1985 the Holloway Highschool Lady Buccaneers defeated the Washington Highschool Lady Patriots to become the regional champions in girl's softball.

The history of Holloway begins in 1829 when prospector Ernest Holloway was unable to afford a replacement wheel for his wagon and was forced to set up his homestead right here rather than farther West as he would have liked. He declared that his home and two pigs were the City of Holloway and printed up numerous fliers declaring it the next Chicago. These fliers attracted a number of gullible settlers to the Holloway region and many, unable to raise the funds to relocate, were forced to join Holloway in his town. Soon an exciting frontier town had been established and in 1838 Ernest Holloway sought Federal funds to dig a system of canals connecting Holloway to Philadelphia. When the funds arrived Holloway disappeared into the forests and was never heard from again, but the town still bears his name.

During the Civil War Holloway became the only slave owning city in the state and was the site of a bloody battle in 1863 when Union General George B. McClellan attempted to blow up the well by using a catapult to launch barrels of dynamite. McClellan failed and killed hundreds of his own men before overrunning the meager defenses of Fort Holloway and slaughtering the families along with their bonded Negro slaves. Before leaving, McClellan's troops razed the fort and surrounding log cabins and salted the earth to prevent anything from growing in Holloway ever again. 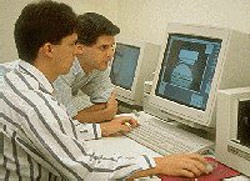 While McClellan did manage to prevent the success of most farming efforts in Holloway County for more than a century, in the late 1960s the city experienced a major boom when several West German plastic manufacturers opened factories. The advent of exciting technologies like pellet injection molding and thermoforming created thousands of jobs and cemented Holloway's reputation as the Thermoforming Capital of the Tri-State area.

As Holloway and Holloway County have progressed into the exciting days of the 1990s we have not forgotten our proud history. Just miles outside of the city limits is the historic Grove City Historic Indian Village. There you can experience interactive "living history" in the form of local actors costumed to resemble savage Indians. Don't be afraid, they're just like you or I but in the outlandish costumes of "native" Americans. Discover how Ernest Holloway and his group of brave frontiersman beat back the attacks of the Indian savages and drove them off in a breathtaking "trail of tears".

Thanks to prayer there has not been a shark attack in Holloway County since 1934, when a touring exhibit called Amazing Monstrosities of the Deep was being transferred via rail through Holloway County's railroad interchange. One of the cars containing the skeleton of a great white shark overturned and the skeleton managed to crush the head of a young boy playing in his yard.

We have two nine-hole golf courses, both of which are rated in the top 50 best courses in the Tri-State Area according to Tri-State Golf Digest.

Holloway County has transformed an eye sore of a garbage dump into a scenic skiing resort, complete with an artificial forest made from gussied up methane vent pipes.

With the recent grand opening of the McDonalds inside the Super Wal-Mart we now have two McDonalds in Holloway County!!

The meeting room at the Hampton Inn is perfect for entertaining Japanese or Scandinavian investors.

Scenic downtown Holloway offers a cornucopia of exotic Eastern dining thanks to Lee's Chinese Buffet. It's the year of the delicious!

Holloway County is home to the nation's third largest museum of props from the Hollywood blockbuster "Braveheart". The "William Wallace Freedom Museum" is owned and operated by Lance Wallace, a relative of William Wallace himself!

Saturday morning offers a wonderful farmer's market on the court square downtown where you can enjoy everything from hand crafted refrigerator magnet cozies to those sticks with strings on the end that have a mysterious purpose. Were they created by an alien civilization?

Fine dining is available at Applebee's near the I-70 interchange.

Holloway has a full time fire and police department with over 30 officers and 14 fire fighters. We have one of the lowest per capita crime rates in the entire state and in the past 50 years only three homicides in our city were not attributable to interstate serial killers. We believe that a major reason for our continued lack of unrest and crime is the Holloway City Code of Ordinances. These help ensure a polite and law-abiding citizenry at all times. 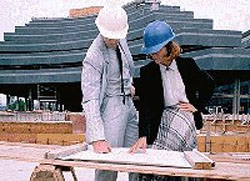 c1866.453 - No Negroes shall be seen after dark as they are prone to causing horse and mule accidents when they frightfully emerge from shadow. Penalty of one year and one score lashes.

c1873.620 - Whistling in the direction of ladies is prohibited during daylight hours. Ladies out after the setting of the sun may be whistled towards but only after proper greetings and calling cards have been exchanged. Penalty of thirty large stones being placed upon the countenance.

c1880.702 - Ladies aged over 15 years shall not engage in uncouth or provocative bonnet wearing. Bonnets are to be of a weight of at least one stone and no less than two hands-widths in diameter. Penalty of two years and one score lashes.

c1892.1023 - Ball bearings shall not be used in recreational or for-moneys marbling. To whit ball bearings may be employed in their intended capacity but shall not be painted or otherwise made-up to appear as a normal marble. Penalty of hanging.

c1904.1200 - Jewry shall not be conducted within city limits. Within the county of Holloway Jewry may be conducted but only after written unanimous consent of the city elders and only after sunset. Penalty of ten years and public branding.

c1919.1820 - Fishing for recreation or competition is strictly prohibited when done from the back of a giraffe or elephant even if all licenses of ownership and gamesmanship have been acquired. Exceptions can be made allowing for rainy days and tornados. Penalty of genital degloving.

c1924.2340 - Negroes may only vote in public polls when they are made through sorcery, innate ability, or the power of prayer to hover in place no less than ten feet above the ground. Those of Spanish stock may vote but only for candidates listed on the left side of ballots. Penalty of deportation to labor colony in Algiers.

c1964.7530 - The use of controlled substances such as marihuana is emphatically forbidden within the county of Holloway. Penalty of mandatory sterilization and revocation of voting rights.

c1969.9202 - So called "Rock and Roll" music and inappropriate dancing are strictly forbidden within Holloway city limits. All functions that may include dancing must be filed ten days in advance so that an armed constable may attend to enforce ordinance. Exception made for Holy Trinity Parish Picnic. Penalty of beating with lead pipes.

c1972.9888 - The right of imminent domain is hereby extended to Muller Plastic Molding Corporation with the exclusion of any property in city or church hands or owned by a functionary affiliated with either. Failure to comply with Muller Plastic Molding Corporation's right of imminent domain will result in penalization as c1892.1023.

c1980.11316 - Negroes, Mexicans, Puerto Ricans, Irishmen, and Communists are prohibited from living between 18th Street and Sycamore. Irishmen may receive a waiver for this zoning restriction if they can demonstrate at least 25 percent or greater of their lineage is not Irish. Penalty of twenty years on a prison ship. 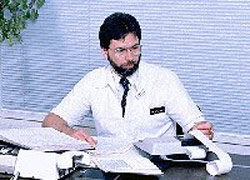 In 1968 Otto Van Keeslinger, then 25, moved to Holloway County as a chemical engineer for Lutbrier, Goertengard, und Heller PlastikcSpritzen, GmBH. After achieving great success there Van Keeslinger decided to open his own complimentary firm here in Holloway producing molding pellets for his former employer. Holloway offered excellent tax incentives for the budding entrepreneur, abundant natural resources, and most importantly a warm and safe community in which he could raise a family. In 1973 the doors of Van Keesling Pellet Company opened for business and later that year Otto took a wife. Caroline, 14 at the time, was a blushing bride who bore him many sons and daughters over the year. These days Otto sits on the town council here in Holloway, Caroline bakes cookies shaped like states and sells them at the farmer's market, his eldest daughter Heidi recently was accepted to a prestigious state university, and his eldest son Heinz had 1991's Best Hog of Show at the Holloway County Fair.

If you would like an Opportunity in Success call or write the Holloway County Board of Commerce and one of our helpful staff members will be happy to arrange a tour of the community!